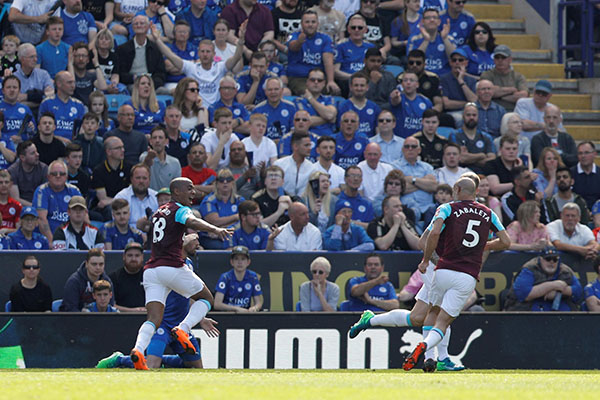 Super Eagles midfielder, Wilfred Ndidi was missing as Leicester City fell 2-0 to West Ham in a Premier League encounter at the King Power Stadium on Saturday.

Ndidi was not included in the match day squad due to the harmstring injury he picked up in last Saturday’s 5-0 defeat at Crystal Palace.

His compatriot, Kelechi Iheanacho started from the bench and was introduced on the hour mark. But the forward, making his 19th appearance, could not save the Foxes from the defeat.

Portuguese midfielder Joao Mario and captain Mark Noble got the goals for the Hammers.

Elsewhere, Tottenham Hotspur were beaten 1-0 by their hosts West Bromwich Albion, thanks to an 92nd-minute Jake Livermore goal.

The result, West Brom’s third win in five games since Darren Moore took over as caretaker manager, means the team are still in with a chance of surviving relegation.

Earlier on Saturday, Stoke City’s 10-year stay in the Premier League ended as Crystal Palace came from behind to win 2-1​ and ensure their survival.

Everton drew 1-1 with Southampton later in the day.