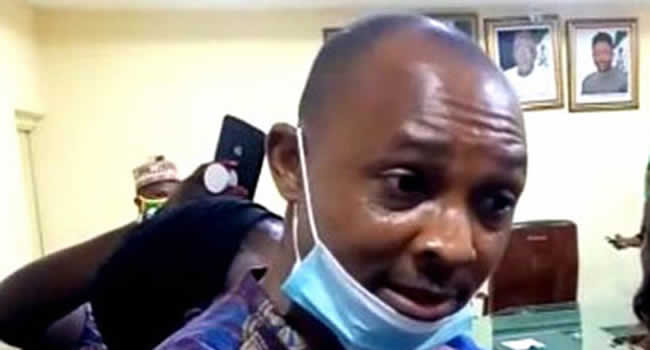 The Academic Staff Union of Polytechnics (ASUP) has restated its aim to continue its indefinite strike until the Federal Government meets its demands.

This was contained in a statement issued by the ASUP National President, Mr Anderson Ezeibe, who made the union’s position known on Friday at an emergency congress held at the Federal Polytechnic, Auchi in Edo.

Ripples Nigeria had reported that ASUP on April 6 embarked on a nationwide strike.

Among the demands of the union are the implementation of the ASUP/FG agreement of 2010, and payment of salaries and arrears of the new minimum wage in some state-owned polytechnics.

Others are the implementation of the NEEDS Assessment Report of 2014 and the reconstitution of governing councils of polytechnics.

Ezeibe commended members of the union for complying with the strike directive, saying that the strike would continue until the achievement of its aims.

“Our members should continue to believe in the union the way they have been doing, we have very supportive members as you can see; the strike is in full swing.

“Every polytechnic is observing the strike and compliance level is very high, we will continue to persevere, victory is around the corner,’’ he said.

He expressed satisfaction that the industrial action had begun to yield positive results.

“It is true that the government has started doing something.

“Offers have been made for the payment of arrears of minimum wage and the N15 billion infrastructure revitalisation fund; they are still at the level of offer because the funds have not been released.

“We want to see the funds released for the sector and we want to see some other items that require processes to be put in motion.

“If we are able to get to that point, I am sure our national executive committee will take a second look at the strike,’’ he said.

According to him, such money has been deducted through the Pay As You Earn (PAYE) tax.

He said that the union would resist any attempt to deduct the same from staff salaries.