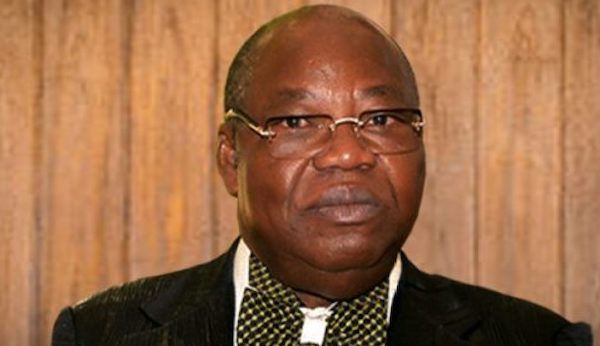 Nigeria’s former minister of petroleum, Dan Etete, Wednesday said the transaction involving the sale of one of the country’s oilfield to oil supermajors, Shell and Eni, was legally “perfect” as there was no evidence of corruption.

Reuters reported that Etete’s lawyer, Antonio Secci, informed an Italian court sitting in Milan that prosecutors in the lawsuit had been incapable of establishing the part played precisely by the ex-minister in the purported bribery of Nigerian public officials – if Etete had influenced politicians or had been a middleman between the two energy companies and the Nigerian government.

About $1.1 billion of the fund went to politicians and intermediaries, 50 per cent to Etete himself, prosecutors said.
Shell claimed the deal struck in 2011 was a resolution of a protracted case, coming after the Nigerian government initially assigned OLP 245 to Shell and Malabu.

Secci said the payment was originally made into an escrow account of the Nigerian government prior to being transferred to Malabu “without any corruption (involving Nigerian public officials), emerging.
Secci prayed the court to acquit his client.

13 people, comprising Eni’s chief Claudio Descalzi, are also involved in the enduring corruption case.
The defendants have pleaded not guilty, saying the proceeds of the transaction were paid into an official Nigerian government account and subsequent transfers not within their power.