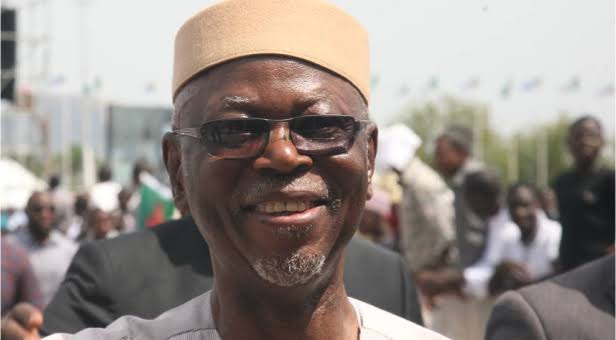 Chairman of the Presidential Screening Committee of the All Progressives Congress (APC) Chief John Odigie-Oyegun said on Friday that ten presidential aspirants of the party were on Monday disqualified.

According to him, only 13 of the aspirants scales through the screening.

The Presidential Screening Committee of the ruling All Progressives Congress (APC), on Friday, disqualified 10 aspirants who were seeking to fly the party’s flag in the 2023 presidential election, while 13 were cleared to go into the party primary scheduled for June 6 to 8.

Ripples Nigeria had reported that 23 aspirants had indicated their interest in running for president on the platform of the party and were screened by the Chief John Odigie-Oyegun led committee over a two-day period at the Transcorp Hotel, Abuja.

While presenting the results of the Screening Committee to the National Chairman of the ruling party, Sen. Abduallahi Adamu at the party secretariat, Odigie-Oyegun confirmed that 10 aspirants had been disqualified, leaving the field with 13 to go into the primary.

The committee chairman stated that only youthful aspirants made the list of those cleared for the primary.

Though the screening committee did not reveal names of aspirants who were screened out and those who scaled through, Ripples Nigeria had also reported that among those who partook in the exercise included former Lagos State Governor and National Leader of the APC, Asiwaju Bola Ahmed Tinubu and Vice President Yemi Osinbajo.

Others were the only female aspirant in the log, Barr. Uju Ken-Ohanenye, Nicholas Felix, Ahmad Rufai Sani, Tein Jack-Rich and Ikeobasi Mokelu.