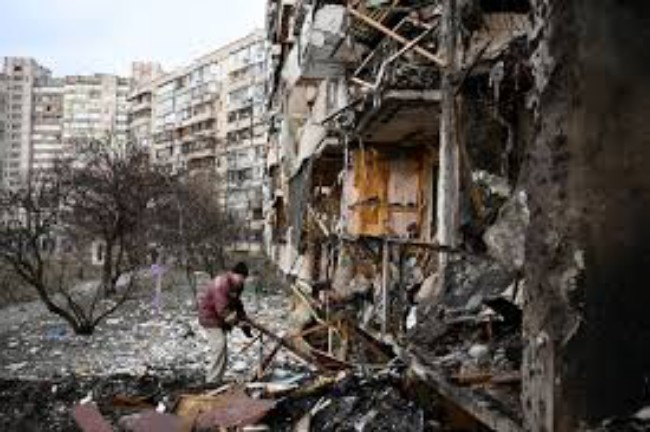 Six children were among 10 civilians who were killed on Monday night after a Russian bomb struck residential buildings in the northeastern Ukrainian city of Sumy.

The Governor of Sumy Oblast, Dmytro Zhyvytskyi, confirmed that a nighttime Russian air raid in Sumy and its suburbs had resulted in multiple homes being “wiped off the face of the earth,” according to a video message he posted to Facebook.

“Residential buildings were bombed in some settlements.

“And just almost in the center of the city of Sumy, on Romenskaya Street, several houses were destroyed by a bomb hit. Completely wiped off the face of the earth. These are private houses.

“There are dead. Unfortunately, there are dead children. And the count of the dead is already going on – more than 10 people.”

Earlier on Monday, Russia had announced that a partial ceasefire would take place on Tuesday morning to allow for the evacuation of civilians from Sumy, Kyiv, Chernihiv, and Kharkiv, a move Ukrainian authorities condemned, saying it was a ploy to draw out its citizens and kill them.

Related Topics:bombUkraine Russia war
Up Next