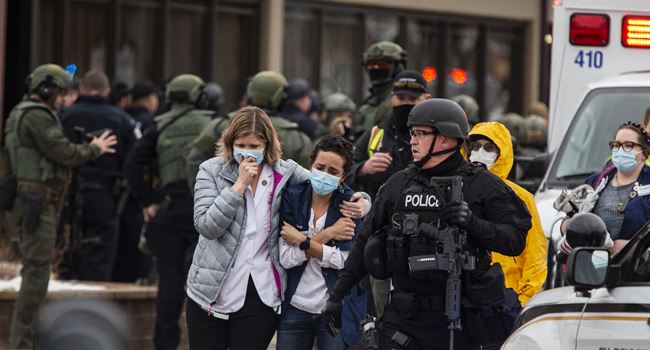 At least 10 people have been confirmed dead in a mass shooting at a Colorado grocery store in the United States after a gunman opened fire at shoppers.

The shooting which occurred late on Monday also claimed the life of a 51-year-old police officer, Eric Talley, who has been described as a hero for being the first to respond at the King Soopers Supermarket, the scene of the incident.

The District Attorney for Boulder County, Michael Dougherty, told journalists the gunman who was injured in an exchange of fire has been arrested and is in custody.

“We know of 10 fatalities at the scene, including one of our Boulder PD officers, Officer Eric Tally, who was the first to respond and he was fatally shot. He was a hero,” the Boulder County police chief, Maris Herold, said.

The Colorado Police Commander, Kerry Yamaguchi, said the suspect in custody was the only person suffering “serious injuries at this point.”