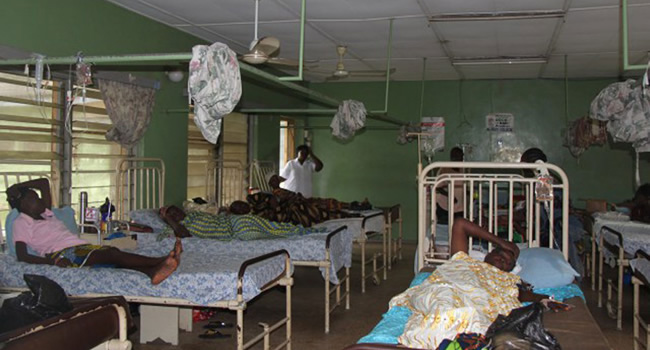 The deceased, according to a member of the family, who were mostly children between the ages of five to 12 years, died after eating the meal popularly called ‘Tuwon Dawa’ in Hausa, which was mistakenly cooked with a chemical.

The family member said an aunt who visited the home of the deceased prepared the meal and added the chemical by mistake, thinking it was potash

Confirming the incident on Sunday, the public relations officer at the Yeriman Bakura General Hospital, Auwal Ruwan-Doruwa, said one of the victims died at home before the remaining nine were brought to the hospital after battling with the poison for several hours

According to Ruwan-Doruwa, three died on Monday night, another three died Tuesday and two died on Thursday while the last person died on Friday

“They were served with guinea corn food called ‘tuwon dawa’ in Hausa which was cooked by their aunt Aisha Musa.

”Aisha mistakenly put a poisonous chemical in the food thinking it was potash and immediately they ate the food, they fell sick due to stomach cramps and were rushed to the hospital in Gusau where they later died,” he said.