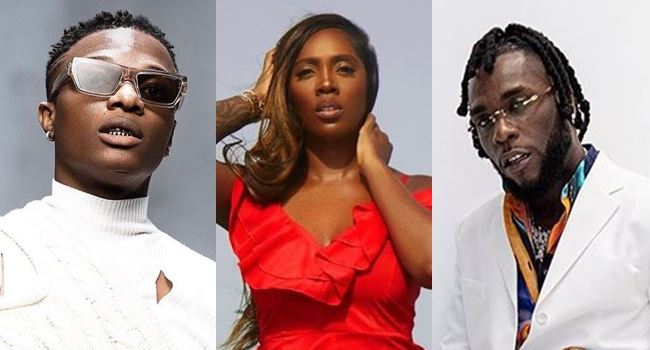 The Nigerian music industry has seen numerous talents come and go; while some only scraped the surface, several others have continued to establish themselves as icons and head honchos of the entertainment business.

A decade ago, the Afrobeats scene was gradually experiencing an international boom. D’Banj and Don Jazzy of the now-defunct record label, Mo’Hits records were at the forefront of the business waving the flags of Nigeria across the globe.

Don Jazzy and D’Banj had just released the single, ‘Endowed’; which was a massive hit in 2010. It was at this time that Mo’Hits Allstars or Mo’Hits Records was on top of the Nigerian music business.

Their single was everywhere, and it was a defining moment in the music sector.

After working with American rap icon, Snoop Dogg on the remix version of ‘Endowed’ in 2011, the international scene began to take note of the burgeoning Afropop and Afro-fusion music scene.

D’Banj signed a massive deal with Kanye West’s GOOD Music records; ending a longtime partnership and friendship with his unrelated twin, Don Jazzy. No one saw that 2011 would be the final moment of Jazzy and D’Banj as a unit, however, the end of their union has produced numerous fascinating moments afterward.

Indeed, all things work together for good.

After standing at the pinnacle of the Nigerian music industry for half a decade; it was time for Nigerians to redirect their focus to younger talents and ambitious record labels at the time.

Banky W’s Empire Mate Entertainment (EME) Records experienced massive success in 2011 courtesy of Wizkid’s brilliance and impressive talent. Olamide announced the launching of his own label, Yahoo Boy No Laptop (YBNL) after he served and understood the intricacies of the music industry under the tutelage of his mentor, ID Cabasa.

Chocolate City was doing exceedingly well; the projects of rappers- Ice Prince, M.I Abaga and vocalist, Brymo made the record label a force to reckon with at the time.

Apparently, 2011 was a defining moment in the Nigerian music industry.

It marked the emergence and continuous rise of several artistes in the Nigerian music industry today. Stars such as Wizkid, Olamide, and Davido began to make a name for themselves in that era.

Ripples Nigeria has compiled a list of some of the most influential artistes in the last decade; ranging from 2011-2020.

Hence, artistes such as Naira Marley, Zlatan Ibile, Rema, Tems, etc. who emerged in the latter part of the decade will not be included on this list.

The artistes on our list are stars who have served in the industry for at least ten years and have released impressive hits in that timeframe.

Tiwa Savage is a leading Nigerian singer-songwriter who is currently signed to Universal Records.

In 2012, she signed with Don Jazzy’s newly established, Mavins Records. She was the official first lady of the record label; after releasing three studio albums with the label, she announced her departure in 2019.

In 2020, she released her fourth studio album titled, Celia.
She is one of the leading songstress in the Nigerian music industry.

Yemi Alade has surpassed all expectations in the music business; she is one of the most decorated female artistes in the Nigerian music industry.

She won the Peak Talent Show in 2009 after which she signed to Effyzzie Music Group, and had a hit with her single “Johnny” in 2014.

Yemi has also been applauded for her creative and overwhelming stage performances, fashion, and music videos.

Her music has been of influence in many African countries and the world as she is acclaimed “Mama Africa” for her versatility in using different African languages and attires in her songs and music videos.

He rose to prominence after releasing “Holla at Your Boy”, the lead single from his debut studio album, Superstar (2011).

In 2019, he was featured on Beyoncé’s project The Lion King: The Gift on the collaboration “Brown Skin Girl”, which won him a Grammy Award for Best Music Video. His fourth album, Made in Lagos, was released in October 2020, to wide commercial success and acclaim.

Wizkid is presently the most-streamed Nigerian artist of all time on Spotify, with over 3.4 billion streams across all credits.

Don Jazzy has been identified as the engineer behind the success of modern day Afrobeats.

In the mid-2000s whilst working with D’Banj, Don Jazzy designed some of the greatest sounds in Nigerian music history. He remains one of the most influential and creative individuals in the entertainment industry.

A year after Mo’Hits records was dissolved following D’Banj and his brother, K-Switch’s departure from the label, Don Jazzy established his own record label named Mavins Records with other former members of the aforementioned group.

Till date, Mavins Records is the home to some of the most promising talents in the music industry. Singers such as Reekado Banks, Rema, Ayra Starr, to name a few are experiencing success in their various careers courtesy of Don Jazzy’s drive and intention to create excellence.

Olamide blurred the line between hip Hop and Afrobeats, he took indigenous rap music to the streets and made the Elites in the Nigerian society appreciate the craft of the common man.

Olamide has never been apologetic about his background, as a matter of fact, he went against the norm; using his native language to speak his truth and make Africans appreciate where they come from.

Releasing nine studio albums, Olamide has continued to reinvent himself in the music industry. He has also groomed and mentored several artistes.

Davido who came into the limelight in 2011 courtesy of the hit single, ‘Back when’ featuring Naeto C has remained one of the most influential figures in the entertainment industry.

Born David Adeleke in Atalanta, USA; Davido is the son of Adedeji Adeleke and late Veronica Adeleke, he developed an interest in music at a tender age. While in the United States, Davido honed his musical skills- both as a record producer and a vocalist.

In 2010, he returned to Nigeria with his cousins, B-Red and Sina Rambo. They gained mainstream prominence in 2011 following the success of ‘Back When’ and the follow-up single, ‘Dami Duro’.

The promising youngster who was 18 at the time experienced further success with his debut studio album, Omo Babaolowo (OBO) which means son of a wealthy man in Davido’s native Yoruba language.

In 2012, Davido was voted the Next Rated Artiste at the Headies Award ceremony. This marked the commencement of Davido’s impeccable career.

Davido has since released two more music projects, A Good Time (2019) and most recently, A Better Time (2020).

On Sunday, March 14, Burna Boy emerged victorious in the category of the “Best Global Album” at the recently concluded 2021 Grammy Awards ceremony.

He became the first Nigerian Afrobeats artistes to clinch the Grammys. Celebrating his victory, the singer said in a video on Instagram;

“This is a big win for my generation of Africans all over the world”..

Bursting into the scene in 2012, Burna boy has remained one of the most talented recording artistes in the music industry. Since his debut, he has always had the heart to win, and had an attitude that urges to conquer the world.

Yes, today, Burna Boy is an historian and one of the most influential figures to emerge from Africa.

Mr Eazi is a Nigerian-Ghanaian recording artiste who has preferred to differ from his contemporary. His lyrics differ, his intelligence is topnotch and most importantly, he is concerned about establishing a career that is beyond music and streaming.

In 2020, Eazi gave his fans the opportunity to start making money from just listening to music.

Here is what he said;

“Gonna try an experiment on my next release where you guys the fans will be able to buy shares on My song! Meaning you will own an equity % on the song! As u stream & give me $ some goes back to You!!!

“Imagine you had a % of my last song with Nicki or my new single “LENTO “ with Jbalvin!!! As u stream u make it a hit, some of the $ comes to you! But most importantly you are a true part of the Global Smash Hit you helped create.”

Yes, it’s not just about the hits to Eazi, he wants the fans to also make money for themselves and also create job opportunities for African youths.

Now, this is influence.

Falz creates music for every class in the Nigerian society. First, his music talks about the poor (lower class), then he addresses the youths, politicians, religion clerics, etc. He is not afraid to be himself, son of Femi Falana, Falz has the best interest of humanity at heart.

The award-winning rapper has continued to hone his skills not only as a musician but also a movie actor, television convener and a social activist.

He is never afraid to step out of his comfort zone, a studious persona whose head is amassed with weapons of fighting against injustice. During the #EndSars protest in 2020, Falz was one of the most outspoken celebrities at the time.

He is an exemplary Nigerian youth, one of the most educated in the music industry and also, the most exciting to watch.

Falz made Nigerians understand that you can choose to become everything and anything that one’s heart desires.

He won Best Hip Hop and Best New Act at the 2009 MTV Africa Music Awards, and was nominated in the Best International Act category at the BET Awards 2010.

M.I Abaga is undoubtedly the most decorated artiste in the rap music scene.

He conquered the likes of Eedris Abdulkareem, Ruggedman and Mode9, who were the leaders of the rap music genre in Nigeria.

Abaga’s 2010 project, M.I2 helped Nigerians to appreciate rap music, as he also implemented the elements of Afrobeats and Afropop to make the album most appealing.

Toyin Abraham kicks against fans fighting other celebrities on her behalf