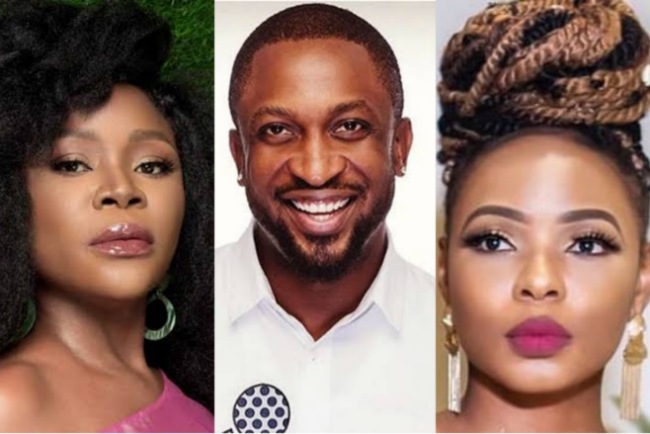 Nigeria is a nation blessed with an abundance of talents and unique abilities.

Attaining stardom and achieving celebrity status is an easy dream come true for many people, while others have to work through various routes to reach the upper echelon, some just need the appropriate plug.

In a nation of almost 200 million people, it is impossible for everyone to come up simultaneously. Accompanied with the inherent talent, of course, emergence into superstardom takes hard work, dedication and a little bit of luck to attain relevance.

Not everyone will be signed by Don Jazzy’s Mavins Records or Olamide’s YBNL, sometimes, the musician must fight for his place in the upper echelon. They must create their own path to destiny by going through at least one or more talent hunt shows to be crowned.

On our list today, we will be discussing several artistes who had to fight through thick and thin to wear the crown of becoming a superstar.

Note, not every artiste on this list emerged victorious in the competition that they participated in, however, they have gone on to become one of the biggest acts in the music industry.

Below is a list of some Nigerian artistes who became famous from specifically music reality talent shows.

Chidinma Ekile rose to stardom just like Iyanya when she won the 2010 MTN Project Fame West Africa reality TV show which was the third season.

The petite star has since been a favourite in the Nigerian music industry.

Omawumi became recognised when in 2007, she emerged as the first runner-up on the first edition of the West African Idols music competition, a reality TV show part of the Idols franchise.

This set the ball rolling for her when her first single ‘In The Music’ endeared music lovers to her.

Timi has evolved into an award-winning Nigerian soul singer after rising to fame when he emerged winner of West African Idol 2007.

Yemi gained prominence after winning the Peak Talent Show in 2009, and is best known for her hit single “Johnny”. She has since grown to be loved beyond the shores of Africa.

The Limpopo crooner gained prominence after he won the first position alongside his then partner, Presh, of the first edition of the Star Quest reality TV show which was sponsored by Nigerian Breweries. KCee now rides solo after the duo decided to pursue their music careers individually.

Darey is a product of the 2004 Project Fame Academy in South-Africa where he emerged third.

He is the son of the renowned Nigerian entertainer, Art Alade.

He is known for participating in the Nigerian reality competition Project Fame West Africa and finishing in second place on Season 1 of The Voice Nigeria.

Bisola Aiyeola has been described as an entertainment polymath, due to her abilities. She is both an actress and singer.

Aiyeola was one of the contestants at MTN Project Fame West Africa in 2008 where she came 5th and Iyanya won.
In 2017, Bisola became the first runner up of Big Brother Naija.
In 2018, she won the AMVCA Trailblazer Award at the 2018 Africa Magic Viewers Choice Awards.

11 family members killed as ISWAP takes over Geidam in Yobe