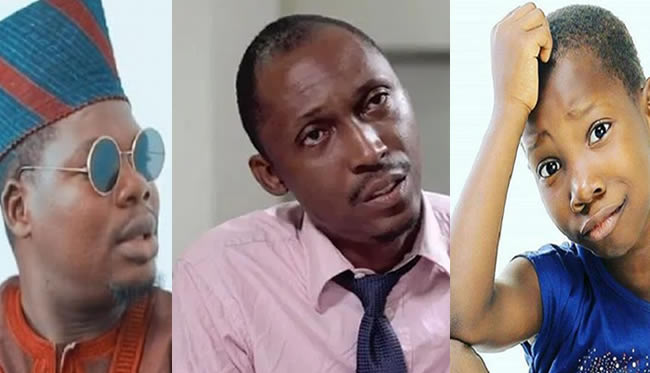 Social media comedians are the primary influencers of this current generation. Their contents, creativity, and sense of humour have helped them to carve a niche for themselves in the entertainment industry and turned them into stars.

While both have similar objective, which is to make the audience laugh, social media comedy is about getting the appropriate storyline that is relatable, captivating and most importantly, hilarious.

Within one to two minutes, a skit maker should be able to hypnotize his or her audience. Creating a comedy skit is a job itself.

Since the late 2010s, social media comedy has continued to experience a meteoric rise, everyday, a young and creative Nigerian is establishing a dynamic platform and building a fanbase for himself.

With just an Instagram account, a cellphone or a camera with a relatable storyline, an individual can build a career from social media comedy.

With the increasing number of skit makers in this part of the world, it is important for few creative talents to stand out. As stated earlier, there are new talents each day, hence, it is pivotal for social media comedians to build a staunch followership with fascinating storylines and creating a character that will become a mainstay in the hearts of the audience.

What do social media content creators do after carving a niche?

Some leave the country and neglect their originality to adopt the framework of the Western man; hence, their content oftentimes becomes stale and boring. Once the audience was unable to relate with your skits, that inevitably mark the unwanted decline in the career of the skit maker.

Several Nigerian and other skit makers have fallen by the wayside.

The second group consists of those who want to switch to mainstream Nollywood.

However, only a few have succeeded in this adventure.

Here is a list of few social media comedians who have made the successful transition from skit-making to the movie industry.

Debo Adebayo popularly known as Mr. Macaroni is not just a skit maker, comedian, and actor, he is also a social activist and nationalist. In recent months, the talented actor has spoken against police brutality and bad leadership in the country.

Macaroni, who gained more followership during the #ENDSARS protest in 2020, was one of those celebrities that were actively involved in campaigning against bad governance. As a matter of fact, he was arrested during the #OccupyLagos protest in February.

Macaroni, who is also known as “Freaky Freaky” daddy or professor of Doom is one of the most followed social media comedians in Nigeria.

Prior to his recent success in the entertainment industry, Macaroni has been around for a while.

He appeared in a movie, “The Mistress” alongside Ruth Kadiri and Halima Abubakar about eight years ago.

Frank Donga real name Kunle Idowu is perhaps one of the skit makers who have successfully crossed over to Nollywood.

He played the role of the chauffeur in the blockbuster movie, Wedding Party and he played the lead character in the film, Hakkunde, three thieves, Boss of all Bosses and Tatu to name a few.

Frank Donga went from being an unassuming job seeker to an award winner at the African Film Festival (TAFF).

The Calabar-born comedienne, Wofaifada, is one of the most creative women in the skit making sphere.

Wofaifada whose real name is Wofai Egu Ewa helped young women to understand that you can be beautiful and still be hilarious.

She started releasing skits in 2014 as a hobby and that eventually turned into a huge sensation with over 1 million followers on Instagram alone.

She is currently on a popular TV sitcom called “My Flat Mates” and several other movies like The Wedding Party 2, Catcher, New Money and Brother Jekwu .

Broda Shaggi real name Samuel Perry is one of the most popular skit makers in Nigeria.

A graduate of University of Lagos where he studied Visual Arts, Shaggi knew he always wanted to become an entertainer.

Perhaps, one of the fastest comedian to switch to Nollywood, he started making skits in mid-2010s and got his Nollywood debut in 2018 when he appeared in Ghetto Bred.

He has since played prominent roles in other movies such as The Millions, Toyin Abraham’s Fate of Alakada, and Namaste Wahala, amongst several others.

In the early 2010s, Folarin Falana better known as Falz kicked off his career in the entertainment industry after he was called to the bar.

Although, he did not achieve a breakthrough in the music industry until he released “Marry Me” featuring Yemi Alade in 2015, Falz also had dreams and aspiration of becoming an actor.

An entertainment polymath, Falz created skits and published monologues on his YouTube and Instagram platform where he continued to gather fans courtesy of his unique sense of humour and the accent that he used during his skits.

Blessed with swag, charisma, and intensity, it was only a matter of time before Falz became noticed.

While his success in the music industry stands on its own, Falz, an Africa Magic Viewers’ Choice Awards (AMVCA) winner is a true definition of an entertainment elitist.

He made his acting debut in Funke Akindele’s Jenifa’s Diary. He later appeared in Tinsel and Chief Daddy, among others.

“This is not my real face oh” brought Emmanuella to limelight at the tender age of seven.

The star of Mark Angel’s comedy, the Nickelodeon award winner made people understand that success has no age limit and nothing is impossible.

A couple of months ago, Emmanuella built a house for her mother in Rivers State. It is impossible to note that the child star is only 10.

She has appeared in other movies such as Survive or die, Lagos: Real or Fake life.

One of Africa’s most popular influencers, he is known for his skits with a “wide mouth” disguise filter during performances and on social media.

Lasisi has featured in a handful of comedy movies in the country. Some of which includes – The Ghost and The Tout, Mr. Razz Guy and Made In Heaven.

Josh Alfred, popularly known as Josh2funny is not just a skit maker or content creator, he is also an innovator and trendsetter. During the COVID-19 lockdown in 2020, Josh2funny pioneered the #dontleavemechallenge that went viral.

The comedian took the world by storm when he said you can be more than a skit maker, in fact, you can choose to influence your audience the way you want.

His innovative style of expression earned him a role in the movie, The Ghost and the tout.

He also appeared in the series, Flatmates and The interview.

Nedu is a veteran media personality prior to delving into skit making and acting,

Nedu, an on-air personality kicked it with a popular Nigerian radio station.

His name and face are synonymous with comedy content on the internet.

He is known for his hilarious alter ego personalities of Sister Nkechi, Alhaji Musa, EndTime Landlord and Officer Jato which has given him a massive over 1.3 million followers on Instagram.

Nedu has since appeared in several Nollywood movies such as Isoken and Who Cheats more?, among others.

Michael Sani Amanesi who is renowned as MC Lively has a comedy style which is similar to that of Frank Donga.

He began his comedy career in 2015 and came to limelight through his funny skits “Agidi” that talked about events or real-life issues in Nigeria.

Related Topics:ComediansNollywoodsocial media
Up Next