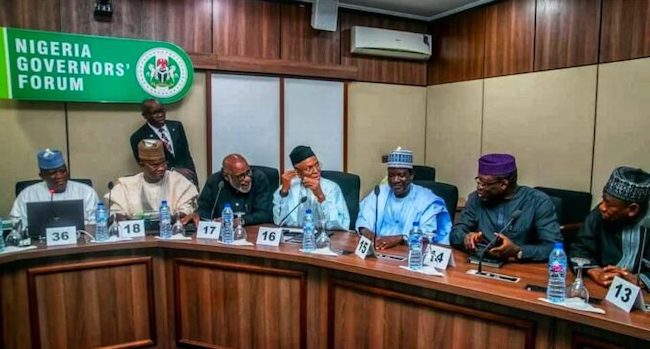 Nearly two years after the new N30,000 minimum wage was signed into law in Nigeria, ten states have failed to implement it.

This was revealed by the Association of Senior Civil Servants of Nigeria (ASCSN) on Monday while speaking with newsmen.

Tommy Oko, the association’s president, bemoaned the lack of implementation and warned governments considering wage cuts that they would face the fury of organized labour.

According to Okon, the states that have yet to adopt the minimum wage include Anambra, Bauchi, Benue, Imo, Kano, Kebbi, Kogi, Nasarawa, Taraba, and Zamfara.

Other states, on the other hand, have completed negotiations but have yet to begin implementing the new salary scheme.

“Anambra and Taraba have completed discussions but not implemented; Bauchi, Benue, Kebbi, Kogi, Nasarawa, Kano, and Zamfara are at the negotiating stage,” he added.

The labour leader said that negotiation had yet to start in Imo. He urged the state governments to put the wellbeing of their workers into consideration.

According to him, that would help make state governors know that delay in payment means accumulation of more debts.

He said that for industrial peace and harmony to reign, governments should not renege on agreements reached with the organised labour.

“Salaries are no longer to be negotiated,” he said.

Okon also requested that the Federal Government revise the 2014 Pension Act to remove elements that are harmful to retirees.

Gratuity payment, he believes, should be included in the Act.

“There should be a section stating that this Act does not prohibit employers from paying gratuities.

“The law should not be mute on fundamental issues that influence life; gratuity has an impact on life,” Okon stated.

Ripples Nigeria had recently in its state viability index showed that Nigerian states are in a difficult position and on the verge of fiscal collapse as a result of declining federal funding.

In the analysis it was revealed that only three states; Lagos, Ogun, and the Federal Capital Territory, can earn at least N50 for operation out of every N100 needed to pay wages and other requirements.

No past president can tolerate what Nigerians throw at Buhari —Ngige