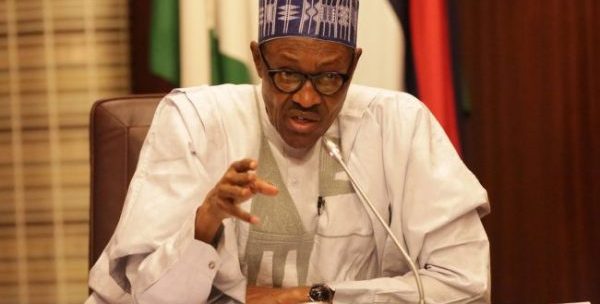 On January 1, 2018, President Muhammadu Buhari made a broadcast to Nigerians as has become customary. His broadcast was supposed to usher Nigerians into the year 2018 and also lay out the policy direction of his administration in the year.

Though he tried to do so with emphasis on infrastructure development and funding, the President did however leave Nigerians guessing on what exactly he meant. The speech failed to meet the expectations of Nigerians in several ways.

1) Responsibility for Petrol Scarcity: In the second paragraph of his speech, President Buhari said: ”Unfortunately, I am saddened to acknowledge that for many this Christmas and New Year holidays have been anything but merry and happy. Instead of showing love, companionship and charity, some of our compatriots chose this period to inflict severe hardship on us all by creating unnecessary fuel scarcity across the country.”

Essentially, the President did not disappoint on his personal norm of not taking responsibility for anything that goes wrong, but shifting blame for same to others. Here, he refused to see the linkage between his policies and the market trend. He removed subsidy on petrol, supposedly, and raised the pump price to N145 per liter.

This happened at a time the price of crude in the international market had dropped below $30 per barrel. With the upswing to over $60 per barrel, the implication is that landing cost of refined petroleum products in Nigeria was bound to increase. He refused to see the effect of his decision to fix pump price at N145 per liter without deregulating the downstream sector of the petroleum industry.

His failure to do just that has, according to importers of petrol, forced them to stop feeding the market with about 60 percent of daily demand because landing cost has increased to over N170 per litre. On the other hand, NNPC which ought to ensure availability lacks capacity to ensure maximum daily supply of the product to Nigeria.

Buhari is petroleum minister but seems not to realise that market fluctuations has an impact on his policies making it necessary for him to be more flexible.

2. Blame the Marketers: Secondly, by shifting blame to marketers of the product whom he accused of hoarding, Buhari failed the test of leadership and proved himself to be indeed a weak leader, as he heads the executive branch of government which has all the instruments of investigation, arrest, prosecution and even sanction within its control.

By arguing that “some of our compatriots chose this period to inflict severe hardship on us all by creating unnecessary fuel scarcity across the country”, Buhari literally hands-off the control of government and insinuated that even with all the law enforcement instruments within his command, he still lacked the ability to deal with the situation.

Also, he tells us by the comment that he is aware that petrol was being hoarded and knows where. This means that he knows the problem but again, lacks capacity to deal with it. He needed not blame anyone for the hoarding if indeed the product was being hoarded. He only needed to prove that he is in charge of the processes of government and ensure that the product was available in all NNPC Mega stations and affiliate stations.

Such would have solved his headache. He also only needed to get NNPC, a wing of the ministry he supervises, to daily publish a list of all petrol stations it supplied the product with and state how many liters were supplied to enable Nigerians keep tab on where to take their demand to. He did neither of the above yet, he finds it comfortable to blame marketers. Having cast the blame, Nigerians now wait to see which of the marketers his agents will prosecute for sabotaging the economy through an act of petroleum product hoarding.

3) Change: The President also said: “Our government’s watch word and policy thrust is change. We must change our way of doing things or we will stagnate and be left behind in the race to lift our people out of poverty and into prosperity.”

The president’s stylistic nepotism proves him wrong here. He has shown that indeed, the only change he envisages is the one he expects to see from the public, and not from government officials. Classic event that proves him wrong here is the handling of Grasscuttergate involving his beloved David Babachir Lawal as Secretary to the Government of the Federation. The rest is rhetoric. His refusal, and, or inability, to permit prosecution of Lawal, even after removing him following a long drawn campaign to the effect showed he wasn’t working to change the system

4) Abuja Light Rail: “With respect to the Abuja Capital Light Rail, progress has reached 98% completion, as at 64% completion when we assumed office.” It seems that gradually, the scales are falling off and Buhari is beginning to appreciate the effort of the past administration. Here, he deviates from his song ‘they did nothing in 16 years’, and is appreciating that the railways project he is building on, was a gift from the past. Perhaps, he would have had the better of public support if he started off telling himself some truths instead of denying past efforts to develop infrastructure.

5) Federal Roads: “Management of the Federal Road Maintenance Agency (FERMA) has been reconstituted and has been charged with a 12 week rapid intervention in road repairs to cover all the geo-political zones. Government is undertaking repairs and maintenance of 44 roads within the six geo-political zones.” This is one of the positives from his speech but as they say, too little, too late. The board of FERMA was dissolved, alongside others, in June 2015. It was reconstituted in December 2017.

During the interregnum, FERMA could not discharge its functions because it had no board to approve its spending as required by law. The effect was that repair and maintenance works on federal roads could not be executed and more of such roads joined the list of very bad roads with attendant economic drawbacks. Buhari proved that he lacked an understanding of the urgency needed in getting some things done. For this reason, he is fast losing his support, especially, among the educated elite.

6) Economic Stability: “The government is slowly stabilizing the economy” and, “We have got to get used to discipline and direction in economic management. The days of business as usual are numbered.” One would still imagine what exactly President Buhari means when he said the economy was stabilizing. Put this against the massive job loss, economic disengagements, rising poverty index and higher unemployment indices and see where the economy stands.

The size of the Treasury Single Account does not translate to improved economy. Economy improves when there are massive investments in infrastructure and business with the attendant job openings and employment. Guess, the President’s advisers need to educate him more on this.

7) Restructuring: “In respect of political developments, I have kept a close watch on the on-going debate about “Restructuring”. No human law or edifice is perfect. Whatever structure we develop must periodically be perfected according to changing circumstances and the country’s socio-economic developments. We Nigerians can be very impatient and want to improve our conditions faster than may be possible considering our resources and capabilities. When all the aggregates of nationwide opinions are considered, my firm view is that our problems are more to do with process than structure.”

It is believed that the Nigerian system, as defective as it is, works for the north and as such no northerner will be eager to review it, however, Buhari’s position negates even the manifesto of his party, the All Progressives Congress (APC), which has restructuring as its core principle. It shows that Buhari has less regard for the APC and its manifesto and further confirms previous insinuations that he operates an agenda different from what the APC stands for. Instead of unifying Nigeria more, that paragraph of his speech widens the gulf of difference and may spur more agitations as the country groans under hardship imposed by the mismanagement of the economy into the next electioneering cycle.

By also saying “we Nigerians can be very impatient and want to improve our conditions faster than may be possible…” President Buhari betrays his reason for seeking power over a 12-year period. As aspirant to power, Buhari displayed too much impatience with the government and regularly embarked on negative campaigns over how better the country could be administered. Suddenly, he realizes that Nigerians are impatient. This is a huge minus for him.

8) Ethnicity and Religion in Politics: “As the electioneering season approaches politicians must avoid exploiting ethnicity and religion by linking ethnicity with religion and religion with politics. Such must be avoided at all costs if we are to live in harmony.” A review of Buhari’s pronouncements prior to, and after, the presidential elections in 2007, 2011 and 2015 indicate that he is the worst culprit of the above admonition. The post-election violence of 2011 which claimed lives of several Nigerians, were linked directly to his comments and call. The tension that attended the 2015 election was also linked to his “baboon and dog will soak in blood” threat. In all, those comments were made on the backdrop of religion and ethnicity.

9) Boko Haram: “We have since beaten Boko Haram. Isolated attacks still occur, but even the best-policed countries cannot prevent determined criminals from committing terrible acts of terror as we have seen during the past years in Europe, Asia, Middle East, elsewhere in Africa and in America.” This raises a simple question. If “we have since beaten Boko Haram”, why then is the Buhari administration asking for $1b from the Excess Crude Account (ECA)? Buhari refused to address that issue in his speech.

10) Others: Every other issue discussed in the speech, especially those pertaining to railways, roads and power, are mere rehash of issues previously disclosed in the course of the 2017 fiscal years. They are therefore not new to the conscious Nigerian.