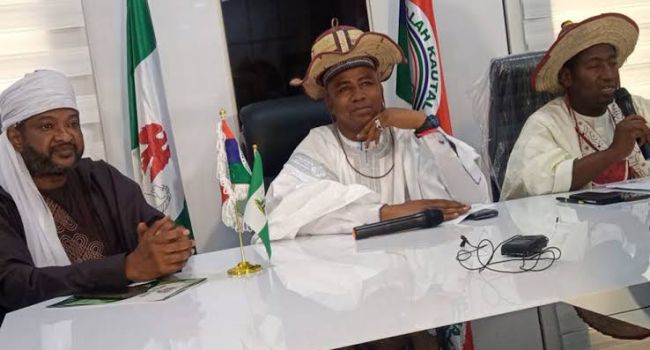 The umbrella body of Fulani herdsmen in Nigeria, the Miyetti Allah Cattle Breeders Association of Nigeria (MACBAN), says in the past seven years, well over 10,000 pastoralists have been killed while more than two million have been displaced across the country.

MACBAN made this disclosure in a communique at the end of an “interactive policy dialogue and cultural festival with the theme ‘The future of Fulani pastoralists in Nigeria” held in Abuja, on Friday.

According to the group, the security summit which was organised in collaboration with the Northern Consensus Movement (NCM), “could not have come at a better time following the current security challenges facing pastoralists and the Fulani stock with its attendant negative consequences.”

In the communique signed by the National Secretary of MACBAN, Baba Othman Ngelzarma, the group noted that from 2015 till date, many pastoralists had been impoverished while over four million of their livestock have either been rustled or arbitrarily killed.

“Looking at the current security challenges in the country, ranging from banditry to kidnapping and cattle rustling, Fulani pastoralists have been the worst victims despite several narratives stating otherwise and making them look like the protagonists of insecurity,” the communique said.

“Stereotyping and stigmatisation of Fulani herders, and the incendiary role of social and the mainstream media, leading to ethnic profiling, are a prelude to genocide.”

The communique also blamed the activities of the proscribed Indigenous People of Biafra (IPOV), and its militia wing, the Eastern Security Network (ESN) in the South-East, as well as some local vigilante groups in the Northern region as worsening the situation for the survival of herdsmen and their families.

“The barbaric activities of the Indigenous People of Biafra (IPOB)/the Eastern Security Network (ESN) and the ’Yan-Sa-Kai’ group in the North have worsened the security situation and threatening the corporate existence of the country.

“There are over four million out-of-school pastoral children roaming about, knowing full well that education is a fundamental human right and the bedrock of social change.

“Therefore, the government, as well as individuals and non-governmental organisations, should support and prioritise the education of pastoralists and rural communities,’’ the communiqué stated.