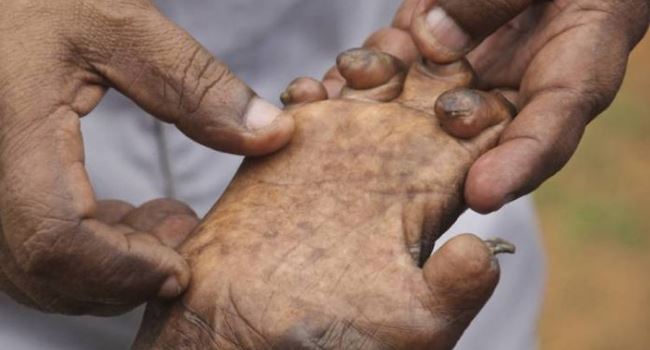 The Plateau State government has revealed that it recorded no fewer than 103 cases of leprosy in the state for the year 2018.

This was revealed on Thursday by the state’s Commissioner for Health Dr. Lar Ndam, during a ceremony to mark the world’s leprosy day in Jos, the Plateau State capital.

According to Ndam, who was represented at the event by the Ministry’s Permanent Secretary, Dr. Martins Azzutu, among the 103 cases recorded, one of the patients was a child.

READ ALSO: After one dead, police release ikokwu4 with torture marks, fail to establish case against them (photos)

Dr Ndam further noted that the ministry of health had not been able to carry out active leprosy detection and community involvement on the disease lately due to lack of funding.

“The situation was unhealthy for the state as there was a high risk of a resurgence of the disease,” he said.

Speaking further, Dr Ndam assured that government will not relent in its effort to ensure that the people were properly sensitised on the disease and urged them to show love to those affected by the disease and shun acts of discrimination and stigmatisation against them.

Related Topics:leprosyPlateau State
Up Next