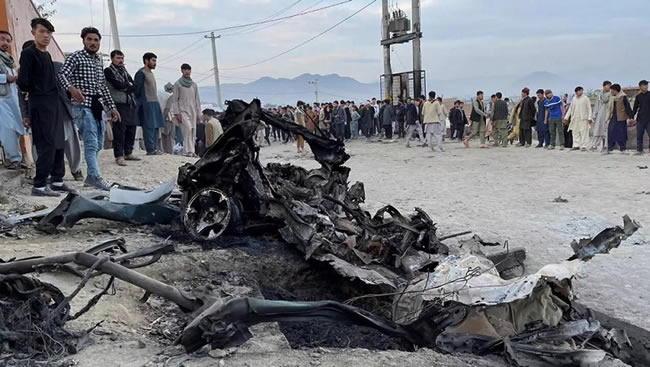 Eleven people have been killed after a roadside bomb exploded in the province of Bagdis in northern Afghanistan, local government officials said on Sunday, accusing the Taliban of planting the landmine.

The Governor of the Province, Husamudim Shams, who also confirmed the incident, said the victims of the blast included three children.

The 11 passengers were travelling to the city of Qala-e-Naw when they were killed, he added.

The explosion occurred hours before senior Taliban leaders and United Nations officials met in Qatar on Saturday to discuss the Afghan peace process, security for diplomats and people working for humanitarian agencies in Afghanistan.

A Taliban spokesperson said in a statement on Twitter that Sher Mohammad Abbas Stanekzai, the deputy head of the Taliban’s political office “reiterated strong commitment to the Afghan peace process in the meeting” with UN officials.

While the Taliban delegation assured security to all relevant UN agencies staff and other diplomats based in Afghanistan, Afghan officials have accused the Taliban of incessant violence against government forces and civilians in a bid to seize complete territorial control over several provinces.

No group has so far claimed responsibility for the explosion.

Nearly 1,800 Afghan civilians have been killed or wounded in the first three months of 2021 during fighting between government forces and Taliban fighters despite efforts to find peace.