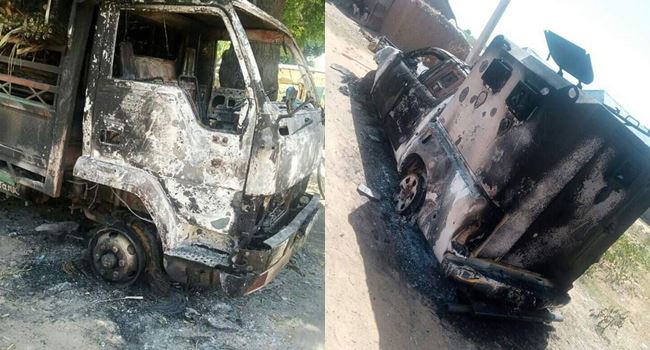 No fewer than 12 people have been killed in an attack by bandits who invaded Sakajiki village in Kaura Namoda Emirate in Zamfara State.

The incident was confirmed on Friday by the Police Public Relations Officer in the state, Mohammed Shehu.

According to him, there would have been more casualties in the attack if not for the response of the police operatives deployed in the area.

Also, Shehu said the commissioner of police in the state has deployed an additional squad for reinforcement.

He assured the people of the area that the command would redouble its efforts to ensure that banditry was wiped out of the state.

Confirming the incident, a resident of the area said the assailants had arrived in the village at about 9 pm on Thursday and were there for several hours.

He noted that at least 12 persons were confirmed dead after the attackers ended their operation around 4 am, on Friday.

Meanwhile, the attackers were said to have set several shops and houses ablaze, including a police outpost in the area, as well as several vehicles, one of which was a police patrol van.

Related Topics:BanditsZamfara village
Up Next