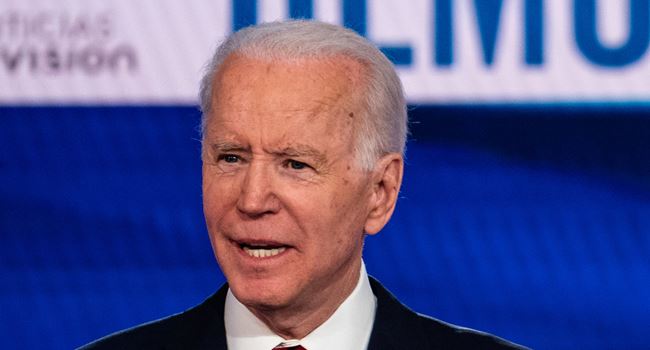 Twelve Republican Senators in the United States have vowed to join forces with outgoing President Donald Trump to challenge the upcoming certification of the results of the presidential election which saw former vice president and candidate of the Democrats, Joe Biden, emerging winner in the November 3, 2020, election.

According to VOA, a growing number of the Republican lawmakers are now joining “Trump’s extraordinary effort to overturn the election, pledging to reject the results when Congress meets next week to count the Electoral College votes and certify President-elect Joe Biden’s win.”

Spearheaded by Senator Ted Cruz of Texas, the group, in a statement on Saturday, announced a coalition of 12 Senators who have been enlisted for Trump’s effort at overturning the election results.

This follows the declaration from Senator Josh Hawley of Missouri, who was the first to say he would join with House Republicans in objecting to the state tallies during Wednesday’s joint session of Congress.

Senate Majority Leader, Mitch McConnell, a Republican, had urged his party not to try to overturn what nonpartisan election officials have concluded was a free and fair vote.

The Republican Senators justified their plans by claiming that the election “featured unprecedented allegations of voter fraud, violations and lax enforcement of election law, and other voting irregularities.”

“We intend to vote on January 6 to reject the electors from disputed states as not ‘regularly given’ and ‘lawfully certified’ (the statutory requisite), unless and until (an) emergency 10-day audit is completed,” the statement said.

The GOP Senators largely acknowledged they would not succeed in preventing Biden, who won in the Electoral College 302-232, from being inaugurated on January 20, but their challenges, and those from House Republicans, represent the most sweeping effort to undo a presidential election outcome since the Civil War.

“We do not take this action lightly,” Cruz and the other senators said in the joint statement.

They vowed to vote against certain state electors on Wednesday, January 6, unless Congress appointed an electoral commission to immediately conduct an audit of the election results. They are zeroing in on the states where Trump has raised claims of voter fraud.

The group, which presented no new evidence of election problems, includes Senators Ron Johnson of Wisconsin, James Lankford of Oklahoma, Steve Daines of Montana, John Kennedy of Louisiana, Marsha Blackburn of Tennessee and Mike Braun of Indiana, and Senators-elect Cynthia Lummis of Wyoming, Roger Marshall of Kansas, Bill Hagerty of Tennessee and Tommy Tuberville of Alabama.

Trump, the first US president to lose a reelection bid in almost 30 years, has continued to attribute his defeat to widespread voter fraud, despite the consensus of nonpartisan election officials, and all his lawsuits have failed to have the election overturned.