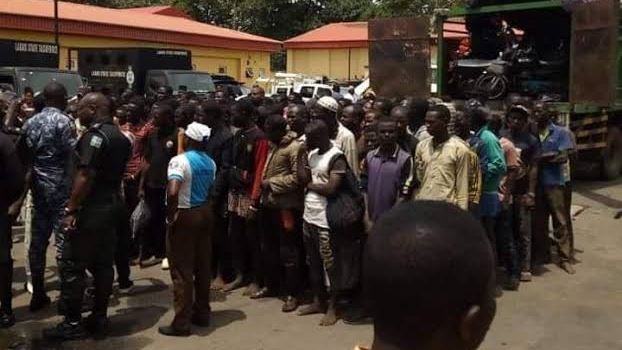 The Lagos State Government and the 123 men from Jigawa State who were arrested on August 30 by the Lagos State Task Force have reached a truce, as the men have withdrawn the N1bn fundamental rights enforcement suit they filed against the state government.

They were intercepted along Moshalashi Road, Agege with 48 motorcycles in a truck, which was coming from Jigawa State.

They sued the Lagos State Government for N1bn alleging unlawful detention and a violation of their fundamental rights.

Their counsel, Abba Hikima, revealed on Wednesday that his clients and the government had reached a compromise and the N1bn lawsuit had been withdrawn.

“What the Lagos State Government did was wrong and they understand that it is not going to turn out good for them in court. So, they used that as a condition to negotiate.”