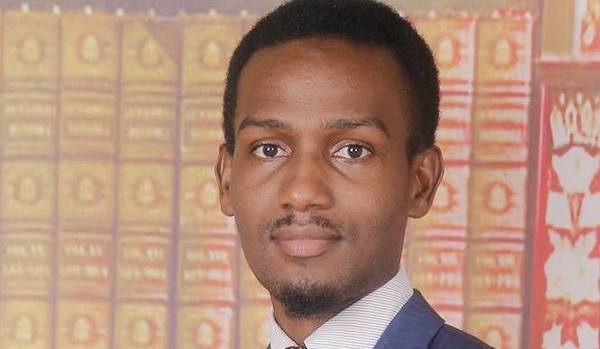 The youth wing of the Peoples Democratic Party (PDP) has demanded the whereabouts of the missing outspoken critic and its new media personality, Abubakar Idris, popularly known as Abu Hanifa Dadiyata, from President Muhammadu Buhari and the Department of State Services (DSS).

Then PDP youths, who undertook a protest to demand for the release of Idris, called on Buhari to make public his whereabouts, stating that it was undemocratic that the whereabouts of a man allegedly arrested by a team of DSS operatives had remained unknown.

They also urged the DSS to, without any further delay, clear itself of culpability in the continued incarceration of Idris.

The youths staged their protest at the Unity Fountain, Abuja, where they chanted songs and carried placards with different inscriptions such as, ‘Where is Dadiyata?’ ‘DSS release him or charge him to court?’ ‘It is unconstitutional, undemocratic to detain Dadiyata beyond 48 hours without a validly obtained court order!’ and so on.

The leader of the group and the Head of New Media, PDP, Anthony Ehilebo, vowed that the protest was never going to stop until Idris was freed.

“Dadiyata is a vocal member of the society known for holding government accountable. He has not been accused of any crime and his rights to free speech and fair hearing still stand as guaranteed by the 1999 Nigerian Constitution. He ought to have been charged to court within 48 hours of his arrest but this has not been done and there has been no contact with him since he was abducted. Our call right now is ‘Where is Dadiyata?

“This abduction, the subsequent silence on it and the absence of a response to various demands for answers are indicative of an attack on the civil freedom that exists for citizens of Nigeria. It also indicates a disregard for the wishes and welfare of the citizens who the government is called to serve and protect.

“No citizen should be stopped from exercising their rights to free speech. This abduction of Dadiyata directly counters this right as guaranteed by the constitution and we ask that he be immediately released and the process of rule of law followed,” he said.

Idris, said to be a fierce critic of the All Progressives Congress (APC) government, especially in Kano State, was supposedly abducted on August 2 (13 days ago) by men alleged to have come from the DSS.

You’re on a vendetta journey against me, Okorocha tells Ihedioha