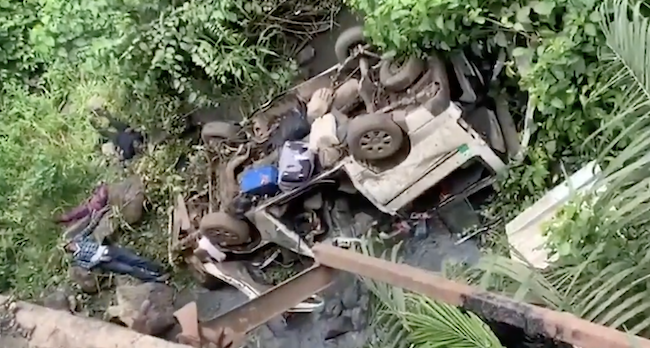 At least 13 persons were feared dead after an 18-seater bus plunged into the Owena River along the Akure-Ondo Road in Ondo State on Sunday.

An eyewitness told journalists at the scene that driver of the bus lost control of the vehicle due to speeding and plunged into the river.

According to him, five passengers including a child were rescued and taken to the hospital by motorists and men of the Federal Road Safety Commission (FRSC).

The FRSC Sector Commander in the state, Mr. Ahmed Hassan, confirmed the incident in Akure.

Hassan, however, said the number of casualties has not been ascertained.

He added that the FRSC operatives are still at the scene of the accident.

He said: “Yes, there is an accident where a bus plunged into the Owena River and our men are still at the scene for rescue. But we cannot ascertain the number of people that died or survived for now.”