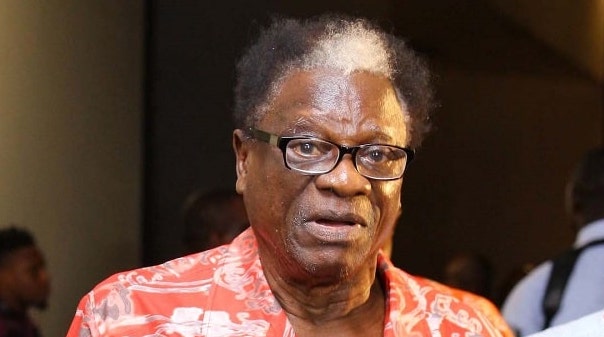 The music maestro’s death has sent shock waves across the country with friends, colleagues, fans and family members recalling the exploits of the man who came to national prominence between the late 50s and early 60s.

Olaiya’s death was announced via a statement issued by Bimbo Esho, the Managing Director of his record label, Evergreen Music Company Limited.

The statement read: “The entire music world wishes to announce the death of a Legend of Highlife music, One of the last man standing, the last of the original Dr Victor Abimbola Olaiya OON..

“We pray that the soul of the Doyen of highlife music find repose with his creator while wishing the family and entire music community the fortitude to bear this irreplaceable loss.”

According to the statement, Olaiya who celebrated his 89th birthday last December died at the Lagos University Teaching Hospital (LUTH).

As a parting shot we highlight 13 things you may not know about the late music veteran who once said his parents did not oppose his interest in music, but rather tried to be a source of inspiration to him.

· The late music maestro came from a very rich family.

· At an early age he learned to play the Bombardon and the French Horn.

· After leaving school, he moved to Lagos where he passed the school certificate examination in 1951 and was accepted by Howard University, United States, to study civil engineering.

· Olaiya instead pursued a career as a musician, to the disapproval of his parents. He played with the Sammy Akpabot Band. He was a leader and trumpeter for the Old Lagos City Orchestra and joined the Bobby Benson Jam Session Orchestra.

· On the latter occasion, Olaiya shared the stage with the American jazz musician, Louis Armstrong.

· During the Nigerian Civil War of 1967–70, he was given the rank of lieutenant colonel (honorary) in the Nigerian army and his band played for the troops at various locations.

· The Cool Cats later travelled to the Congo to perform for United Nations troops.

· Olaiya renamed his band to the All Stars Band when they played in the 1963 International Jazz Festival in Czechoslovakia.

· The highlife megastar was also into the importation and distribution of musical instruments and accessories throughout West Africa, and established the Stadium Hotel in Surulere.

· In 1990, Olaiya received a fellowship of the Institute of Administrative Management of Nigeria. For a period, he was also the president of the Nigerian Union of Musicians.