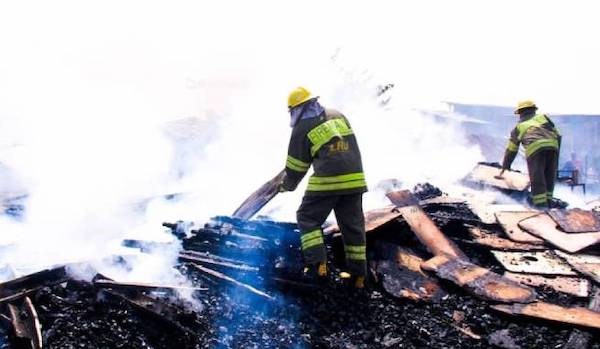 The Kano State Fire Service says 134 lives and property worth N635 million were lost to various fire outbreaks in the state in 2020.

Saidu Muhammad, the Public Relations Officer of the Service said this while speaking with the News Agency of Nigeria (NAN), in Kano on Tuesday.

Mr Muhammad said the service also saved 1,077 lives and property worth N2. 56 billion in 786 fire incidents during the period.

“Most of the fire outbreaks were caused by carelessness in handling cooking gas, use of inferior electrical appliances and poor wiring in homes.

“About 134 lives and property worth N635 million were lost to fire in the period under review,” he said.

Mr Muhammad said that the service recorded 693 rescue calls and 184 false alarms during the period.

Stating one of it plans for 2012, he said that the service intends to retrain its 350 staff in 2021 for effective performance.