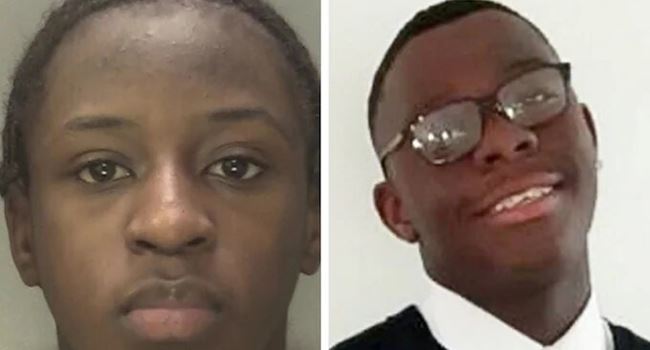 A 14-year-old boy, Yussuf Mustapha, has become Britain’s youngest person to be convicted of a gun murder after he was sentenced to life imprisonment for killing a 15-year-old school boy, Keon Lincoln.

Yussuf whose parents are originally from Ghana, turned 14 just three weeks before he shot and killed the Birmingham schoolboy, and will spend a mandatory 16 years in prison before he could be considered for parole.

While passing sentence on Yussuf and four other teenagers indicted in the murder of Keon, on Tuesday, Lord Justice William Davis of the Birmingham Crown Court, said the 14-year-old had shown a clear intent to kill when he opened fire on Keon at close range.

According to the West Midlands Police, Keon was aged 15 when he was stabbed several times and shot by Yussuf and four other teenagers near his home on January 21.

Lord Davis described Yussuf and the other youths who carried out the killing as “heartless, evil monsters” who should be locked up for life.

During the five-week trial, the prosecution told the Crown Court jury that the victim had suffered eight sharp force injuries and a fatal gunshot injury to his abdomen outside his home in Linwood Road, Handsworth, Birmingham.

Before pronouncing the sentence, the judge said:

“According to the pre-sentence report, he (Yussuf) has been able at times to show a maturity in advance of his age.

“Certainly there is no indication that he is immature for his age or that he suffers from any behavioural issues which might have led to the events of January 21.

“The offence was not impulsive or the result of volatility. I have no evidence of negative influences other than the fact that the other defendants were older than him.”

Mustapha’s co-defendants Tahjgeem Breakenridge, 18, and Michael Ugochukwu, 18, were both sentenced to life for murder with a minimum term of 19 years.