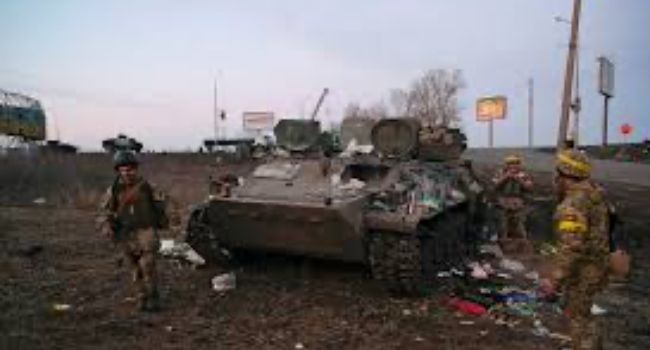 Not less than 140 people have so far been killed in the second day of the Russian invasion of Ukraine, according to President Volodymyr Zelenskyy, who provided a televised update on Friday morning, adding that he and his family are in hiding due to threats on their lives.

“The enemy has identified me as target No. 1 and my family as target No. 2. They want to destroy Ukraine politically by destroying the head of state,” the president said, without revealing his exact location.

Zelenskyy said he was staying in the government quarter “with everyone who is needed for the work of the central government,” reiterating that he and his family are not “traitors.”

“I am asking the residents very much: be careful, and follow the rules of the curfew. There are enemies and sabotage groups that have entered Kyiv.”

Zelenskyy said that as of Thursday evening, at least 140 people had been killed during the invasion, including 10 officers and 13 border guards.

Additionally, the president said at least 316 people had been wounded so far during the attacks.

Related Topics:#featuredRussianUkraineVolodymyr Zelenskyy
Up Next