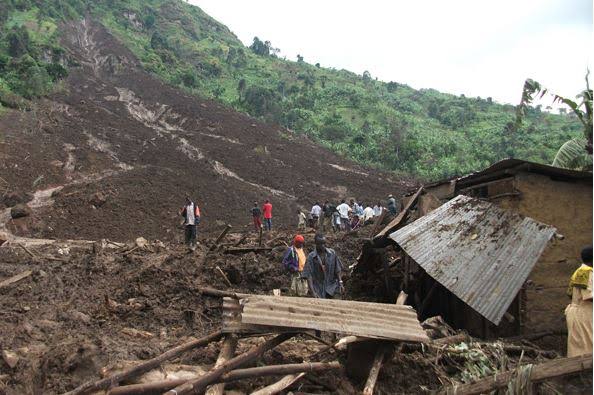 At least 15 people, including children and women, were confirmed dead in a landslide at a remote district in western Uganda on Wednesday.

The spokesperson for the International Red Cross organisation, Irene Nakasiita, told journalists that the landslide occurred in the town of Kasese on the border with the Democratic Republic of Congo after a heavy downpour.

She added that many houses were destroyed and a number of people declared missing.

Nakasiita said: “15 bodies have been recovered now. Majority are women and children. Response action teams are still on the ground and the rescue mission is still ongoing.”

She said the exact number of missing was not known, adding that six people were injured and had been taken to hospital.

Grisly photographs shared by the Red Cross showed some bodies stuck under collapsed houses, and at least one body carried away by the fast-flowing water.

At least 22 people were killed in the eastern Ugandan town of Mbale after flash floods hit the town at the end of July, leading to mudslides that inflicted widespread damage and left hundreds of residents homeless.

Related Topics:Uganda landslide
Up Next