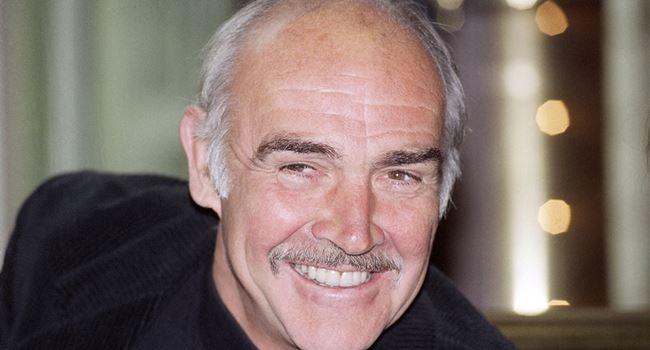 The demise of the 90 year-old Scottish actor, who was knighted in 2000, and won numerous awards during his decades-spanning career was made known by his family on BBC, Saturday.

Following the announcement of his death, tributes immediately began pouring in for Connery who was considered one of the greatest movie stars of his generation.

“How infinitely sad to hear the news Sir Sean Connery has passed away,” stated a message on the Twitter account maintained for fellow Bond actor Roger Moore who died in 2017.

“He and Roger were friends for many decades and Roger always maintained Sean was the best ever James Bond. RIP.”

Recall that the actor claimed his Oscar in 1988 for best supporting actor for his role as an Irish cop in “The Untouchables” and also starred in “The Hunt for Red October”, “Indiana Jones and the Last Crusade” and “The Rock”.

As a parting shot, we highlight fifteen things you probably may not know about the actor whose 93rd and last film was 2003’s The League of Extraordinary Gentleman – although he officially retired in 2006.

1.Despite being known as Sean, the actor’s first name was Thomas, and he was referred to as Tommy in his youth.

2. His first job was as a milkman with the St Cuthbert’s Co-Operative Society in Edinburgh.

3. Sir Sean worked as a coffin polisher before going into acting.

4. He reportedly placed third in the Mr Universe contest in 1953 although there is some dispute over whether he finished third in the Junior class, or failed to place in the ‘Tall Man’ classification.

5. He turned out for Edinburgh junior side Bonnyrigg Rose in his youth.

6. He has a tattoo reading ‘Scotland forever’ which he got at the age of 16 when he enrolled in the Royal Navy.

9. His film production company, Fountainbridge Films, is named after the area of Edinburgh where he was born and grew up.

10. Following his discharge from the Merchant Navy due to stomach ulcers, he worked as a nude model for art students in Edinburgh.

12. He turned down an offer to portray Gandalf in the Lord of the Rings series claiming he couldn’t understand the novels and wasn’t keen on filming in New Zealand for 18 months.

13. His favourite Bond film is From Russia with Love, as confirmed to ABC News in 2002.

14. Connery turned down the chance to play the role of the Architect in The Matrix Reloaded and The Matrix Revolutions. The role eventually went to Helmut Bakaitis.

15. Bond author Ian Fleming was initially against the idea of the ‘unrefined’ Scots actor portraying 007, and was said to favour Cary Grant. But he later changed his mind admitting Connery was ‘ideal’ for the role after seeing his performance in Dr No – and adapted future novels to give Bond a Scots background.