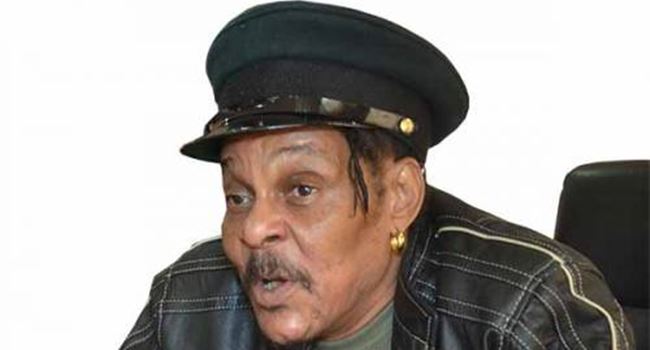 It is no longer news that Nigerian singer-songwriter and guitarist, Majek Fashek has joined his ancestors to the dismay of many music fans who followed the career of the reggae exponent.

The singer first attracted international attention in 1987 when his song, “Send Down The Rain” seemed to coax a rainstorm that ended one of the worst droughts in Nigeria’ s history.

Majek Fashek also later churned out conscious tracks about the political and social struggles he had faced in his long and winding road from his country Nigeria to the United States of America, where his career took a nose dive due to drug related issues.

However, he remains one of Africa’s most revered contemporary musical performers, rivaling Afro-reggae contemporaries Alpha Blondy and Lucky Dube in recognition and popularity around the world.

As a parting shot to the reggae icon, we highlight below 15 things you may not know about the musician who started to play the guitar while he was still in secondary school

1. Majek Fashek had various translations of his name Fasheke (Ifa-Kii-she-eke) include “high priest who does not lie”, “powers of miracles” and “(system or medium of) divination does not lie”.

2. Fashek remained in Benin City with his mother after his parents separated and joined the choir in his local Aladura Church where he learned to play the trumpet and guitar whilst composing songs for the choir.

4. He was once signed to Columbia Records Nigeria; Island Records’ imprint Mango Records and Interscope Records.

5. His award-winning song ‘Send down the rain’ is one of his most popular tracks. The song gained him foreign attention in the 90s.

7. Majek was one of the first Nigerians to perform on the David Letterman Show. In 1992, he and the Prisoner of Conscience band performed ‘So long’ on the late night show.

8. In 2007, there were reports that Charles Novia was making a film about the singer.

9. Majek’s vocals closely resemble that of Bob Marley. On his ‘Prisoner of conscience’ album, he covers Bob Marley’s ‘Redemption song’.

10. From the 80s till date, he has released four studio albums.

11. On 5 December, 1990, Jon Pareles of the New York Times wrote in a review about the entertainer: “From an American perspective, he is a charismatic, accomplished performer with a gift for catchy riffs and a promising hybrid style”.

13. In 2016, he performed in a comedy show (with more than ten thousand audiences in attendance) in Lagos, Nigeria, with a roundly power-filled and soul-lifting performance.

14. In December 2016 Fashek contributed the song “We Are Not Afraid” to a video featuring 200 celebrities to raise funds for the International Rescue Committee (IRC) and Human Rights Watch (HRW).

15. During the aparthied era in South Africa, he was unhappy about the jailing of Nelson Mandela and even waxed a song titled “Free Mandela” back then.