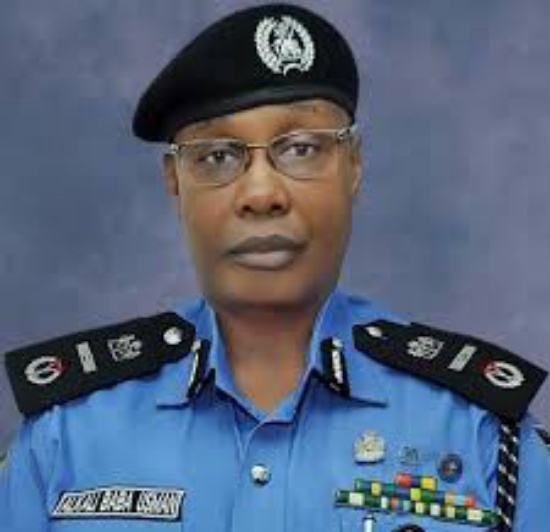 A report by the Office of the Auditor General of the Federation (AuGF) has revealed that about 178,459 different types of arms and ammunition are missing from the police armory with none of them getting reported.

The report reviewed the arms movement register, monthly returns of arms and ammunition register at the armoury section.

It listed the issues of loss of firearms and ammunition, lack of comprehensive records of unserviceable/expired firearms and irregularities in the award and execution of contracts for the procurement of security items.

The report addressed to the Clerk to the National Assembly with reference number AuGF/AR.2019/02 and dated September 15, 2021, was signed by AuGF Adolphus Aghughu.

It reads, “In accordance with Section 85(2) and (4) of the Constitution of the Federal Republic of Nigeria, 1999 (as amended), I have the pleasure to submit to the National Assembly, two copies of the Auditor General for the Federation’s annual report on the non-compliance/internal weaknesses issues in Ministries, Departments and Agencies (MDAs) of the Federal Government of Nigeria for the year ended December 31, 2019”.

The missing firearms and ammunition, according to the 2019 report, where 88,078 were AK-47 rifles, 3,907 assorted rifles and pistols across different police formations, which could not be accounted for as at January 2020.This action of the police force violates paragraph 2603 of the Financial Regulations.

“Records received from force armament unit at the Force Headquarters showed 21 Police Mobile Force (PMF) Squadron, Abuja, did not report a single case of missing firearm, whereas the schedule of missing arms obtained from the same PMF showed a total number of 46 missing arms between year 2000 and February 2019.

“The value of the lost firearms could not be ascertained because no document relating to their cost of acquisition was presented for examination.”

The report noted that the failure of the police force to keep a detailed record of unserviceable and expired firearms and ammunition, increased risks of “mishandling of firearms/firearms getting to the wrong hands; conversion of firearms to illegal use; and loss of government funds.”

According to the report, 10 contracts totalling N1,136,715,200 were awarded to a single proprietor in the name of different companies.

“In the companies’ profiles, the contact phone numbers and email addresses of the three companies were the same; and the three companies did not disclose their relationship in accordance with the fundamental principles of procurement as required by extant regulations.” the report stated.

It also said that the sum of 924,985,000 was paid for 11 contracts involving construction of three units of Gunshot Spotter System, supply of 50 units of Ballistic Roller Trolley and 20 units of Ballistic Mobile Surveillance House in some selected commands and formations.

“Final payments were made in March 2019 without evidence of execution. Documents such as End User Certificate, Store Receipt Voucher, Store Issue Voucher, Job Completion Certificate were not presented for audit examination, and the items claimed to have been constructed/supplied at the Force Headquarters, Federal Capital Territory Command, Explosive Ordinance Disposal unit and Police Mobile Force unit as specified in the award letters revealed that the contracts were not executed as at the time of physical verification of the purported items in June 2020,” the report read.

The Auditor-General in the report requested the Inspector General of police to account for all the issues written in the report and forward evidence of remittance to the Public Accounts Committees of the National Assembly.

Related Topics:Auditor-GeneralNigerian Police
Up Next