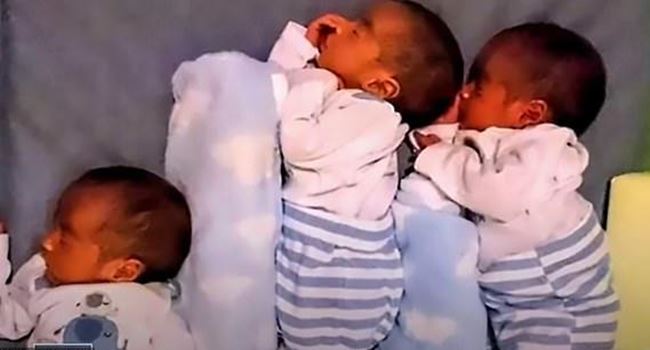 Geoffrey said the deceased died as a result of Post part-time haemorhrage.

“She died as a result of bleeding after delivery and all the three babies are in good health condition.

“We, therefore, advise parents whose young daughters are pregnant too, as a matter of urgency, to attend early antenatal to avoid unnecessary complications during childbirth, ” she said.

Geoffrey called on the aides of the government, Non Governmental Organisation and Public spirited individuals to assist the babies in providing food and drugs to ensure their survival.

The mother of the deceased, Madam Kolostiki Benedict, said Lilian lost her father when she was eight years old and pleaded with Adamawa government to assist her in nursing the babies.

The deceased boyfriend Taliba Kanakuru, aged 26, expressed shock over her death and said they had concluded arrangements to get married after she delivered.

Lagos stops planned reopening of churches, mosques on June 19 and 21