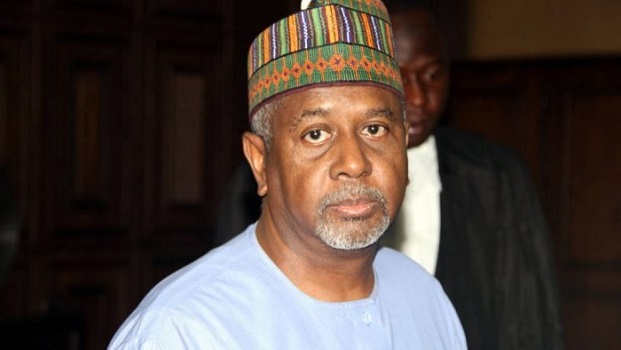 The court granted Dasuki bail along with Aminu Baba Kusa, Acacia Holdings Limited and Reliance Referral Hospital, who were re-arraigned along with him on 32 counts amended charges bordering on alleged $2.1 billion arms fund diversion.

The defendants were granted bail after they pleaded not guilty to all the 32-count charges the Federal Government levelled against them.

The amended charges were almost same with the old 18 count charges brought against the defendants by the federal government in 2015, except for the dropping of former Director of Finance and Supply in the Office of the NSA, Mr. Salisu Shuaib as a defendant in the amended charges.

Counsel to Dasuki, Mr. Adeola Adedekpe, had prayed the court to grant the defendants bail in liberal terms in view of the fact that the defendants have been attending trial since 2015.

Consequently, Justice Hussein Baba Yusuf, ordered that Dasuki and other defendants be allowed to continue to enjoy the bail he granted them in 2015 when they were first arraigned before his court.

READ ALSO : IGP Idris wants to use cultists to implicate me —Saraki

The judge fixed July 3 and 5 for the trial of the defendants in the new charges.

While other defendants were allowed to enjoy the earlier bail granted them, the Federal Government had rearrested Dasuki at the Kuje Prison shortly after perfecting his bail conditions.

He had since then in 2015 remained in the custody of the Department of State Services (DSS).