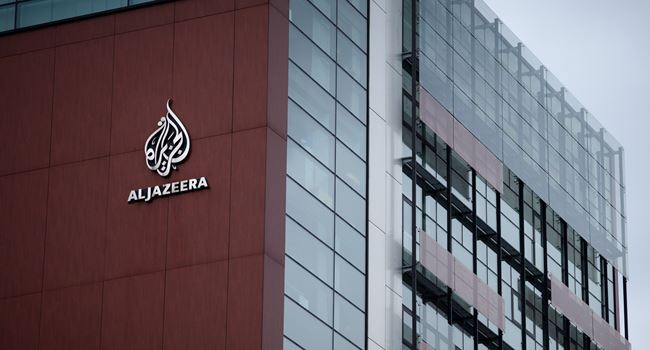 The Al Jazeera media network on Sunday suspended two journalists responsible for a video claiming that the extent of the Holocaust was being misrepresented by Jews.

The seven-minute-long, Arabic language video asserted that though the Holocaust did occur, it’s different from how the Jews tell it.

It said that six million Jewish people who were killed by the Nazi had been exaggerated and adopted by the Zionist movement.

Read also: BRAZIL: Gunmen kill 11, one injured during attack at a bar

The video also suggested that Jewish people manipulated the media, and exploited the Holocaust for their agenda to make the whole world focus on their murders.

According to BBC, Emmanuel Nahshon, spokesman for Israel’s Ministry of Foreign Affairs, in reaction to the video described it as “the worst kind of pernicious evil’’

In a statement released on Sunday evening, Al Jazeera said the video had been deleted, adding that it had violated the editorial ethics of the network.

BRAZIL: Gunmen kill 11, one injured during attack at a bar