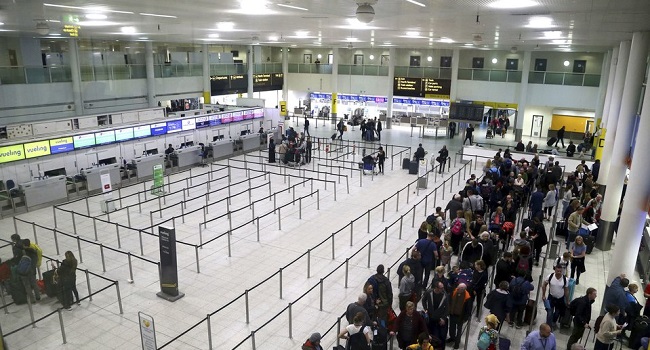 Two suspects who were arrested over two drone sightings at Gatwick Airport in London have both been released by UK police without any charge against them.

The pair were released following an investigation into the illegal use of the drones at the airport which crippled operations for three days last week.

The suspects identified by Sussex Police as 47-year-old man and a 54-year-old woman were both picked up by security officials on Friday after the drones were flown onto the airfield between Wednesday and Friday.

“Both people have fully co-operated with our enquiries, and I am satisfied that they are no longer suspects in the drone incidents at Gatwick,” Detective Chief Superintendent Jason Tingley said on Sunday.

Britain had earlier deployed the army, police snipers and unidentified military technology to guard the airport against in what transport minister Chris Grayling said were thought to be several drones.

“This kind of incident is unprecedented anywhere in the world,” he said.

British police also revealed that the two drone sightings at the Gatwick Airport are not “terror related”.