Home » Politics » 2-time minister, Buhari’s long-standing ally and 8 other things you may not know about the late Prof. Tam David-West 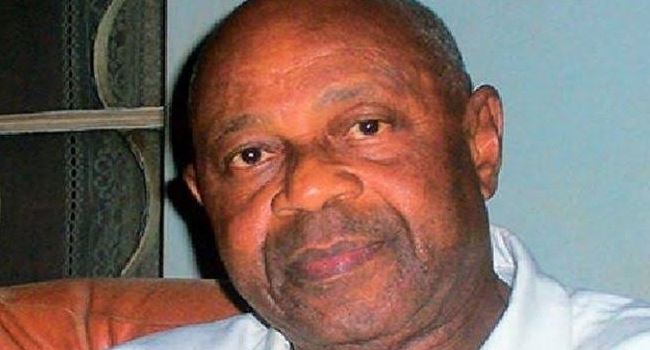 A former Minister of Petroleum Resources, Prof. Tam David West, who served as minister under two military regimes died in the early hours of Monday at the age of 83.

Here are 10 things you may not know about the Buguma Kalabari-born virologist.

– The late varsity don publicly declared his support for President Buhari and urged Nigerians to vote against his kinsman, Goodluck Jonathan, during the build up to the 2015 general elections.

– He once served as minister under two military administrations. First as Minister of Petroleum Resources from 1984-1985 under Buhari, and later as Minister of Mines, Power and Steel under Gen. Ibrahim Babangida in 1986.

– He was a consultant virologist, who lived in an apartment in the University of Ibadan (UI) campus since 1955 until his death.

– He was an Ijaw Kalabari from Rivers State.

– Prof. David-West had his first undergraduate studies at the University College, Ibadan, (now University of Ibadan) in 1956, where he got full federal scholarship to study medicine abroad. He attended three different universities in the United States namely -Michigan State University, Yale University and later to McGill University – all on full scholarship.

– As a Petroleum minister, he was always at his office seven times a week.

– When asked about his experience as petroleum minister while in government, Prof. David-West recalled that he rejected house gifts from oil companies, despite being a two-time minister in the federal government.

– He was discharged and acquitted on the charges by the Supreme Court headed by Justice Coker.

– Until his death, Prof. David-West believes in restructuring of Nigeria.