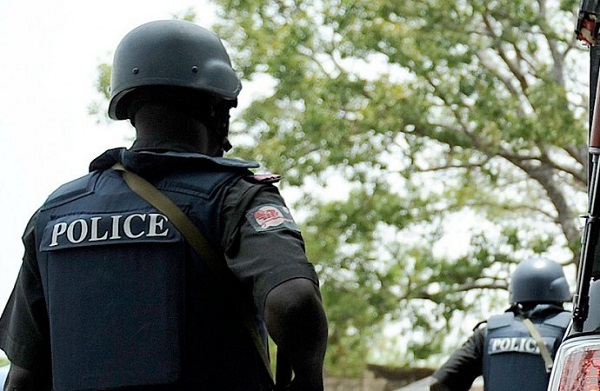 The Anambra State Police Command has revealed that it on Wednesday arrested two female suspects involved in a child-stealing syndicate.

The suspects identified as Ifeyinwa Ezename, aged 50 and Caroline Mbonu, aged 75 were accused of conspiring with one David Nwachukwu to steal a-7-year-old boy, Mmerichukwu Okoye, in 2012.

A statement by the command’s Public Relations Officer (PPRO), Haruna Mohammed, revealed that the suspects were arrested at about 06:30 am following intelligence report to Police detectives attached to the Command Special Anti-Robbery Squad (SARS).

The statement read: “Suspects had in 2012 conspired with one David Nwachukwu ‘m’ now in prison custody and stole one Mmerichukwu Okoli ‘m’ aged 7 years old from the biological mother one Azubuike Jennifer. Consequently, the stolen Child has been recovered and reunited with his parents.”

Mohammed further revealed that another 8 years old was equally rescued from the suspects, as they could not provide satisfactory account of the child.

“The case is under investigation after which suspects would be charged to Court for prosecution,” he said.

Simmilarly, on May 28 at about 10:22pm, Police operatives attached to Operation Puff Adder in conjunction with Patrol team attached to Awada Division while on stop and search at Ezeiweka road by NEPA junction arrested a suspected one chance, Stanley Chiemezie Ekegbobe , 31-year-old indigene of Ugwuagba, Obosi in Idemili North LGA of Anambra State.

“The suspect was intercepted inside a Keke Napep and on sighting the Police took to his heels but was overpowered and arrested.

“Exhibit recovered from the suspect include one fabricated revolver pistol and one life ammunition. Case under investigation and effort is ongoing to apprehend fleeing accomplices in order to bring them to Justice,” he said.