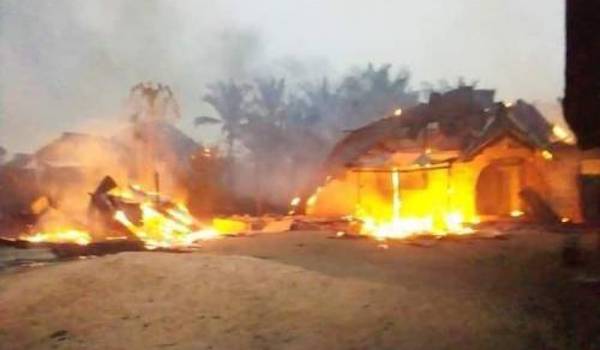 At least 20 persons died on Friday in a gas explosion in Agbor, Ika South local government area of Delta State.

The explosion which occurred in the Osadebe Gas Plant destroyed several properties including buildings in the area.

Several people were also seriously wounded in the incident.

An eyewitness told journalists that the injured victims of the explosion are currently receiving treatment at the Federal Medical Centre (FMC), Asaba and the University of Benin Teaching Hospital (UBTH) in Edo State.

He said: “The situation was terrible and beyond everyone. Before our eyes, people and houses were being roasted like animals. However, some of the victims died as they were being taken to the Central Hospital, Agbor, while the fire service personnel were also on the ground.

“Some of the victims of the explosion who were successfully taken to the Central Hospital lost their lives due to absence of doctors or nurses to attend to them. It was a Black Friday for us and no one has been able to explain the actual cause of the explosion.”

Related Topics:Delta gas explosion
Up Next