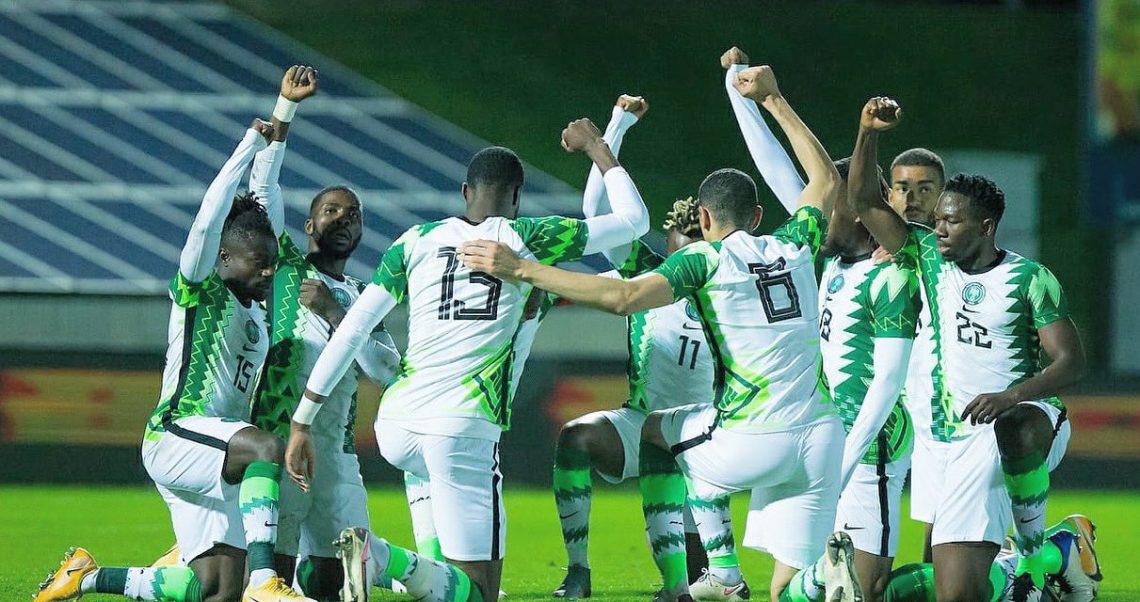 No fewer than 20 Super Eagles players have arrived in their Austria camp ahead of the June doubleheader friendly against Cameroon.

The team, led by manager Gernot Rohr, have been in their Austria camp which opened on Monday, with players trooping in in batches.

On Wednesday, captain Ahmed Musa arrived the camp from Nigeria to make the total number of players 19.

But Paul Onuachu, the Genk of Belgium forward, arrived soon after Musa to make the number of players in camp, 20.

The three-time African champions will be taking on the hosts of the next edition of the Africa Cup of Nations (AFCON) in an international friendly this Friday.

The much-anticipated clash between the two continental arch-rivals, which suffered an initial scare after some players withdrew from the game due to medical reasons, is set to go on as planned.

Both teams will face each other again four days after – on 8 June – all in preparation for the 2022 FIFA World Cup qualifiers.

The venue for the clash is Wiener Neustadt Osterreich Austria in Vienna, Austria, with the Friday game billed to kick off at 8:30p.m Nigeria time.

Recall that Gernot Rohr initially selected a 31-man squad, before reducing the list of players to 23 last week.

5 Luxury Sports Watch Brands That Should be in Your Collection