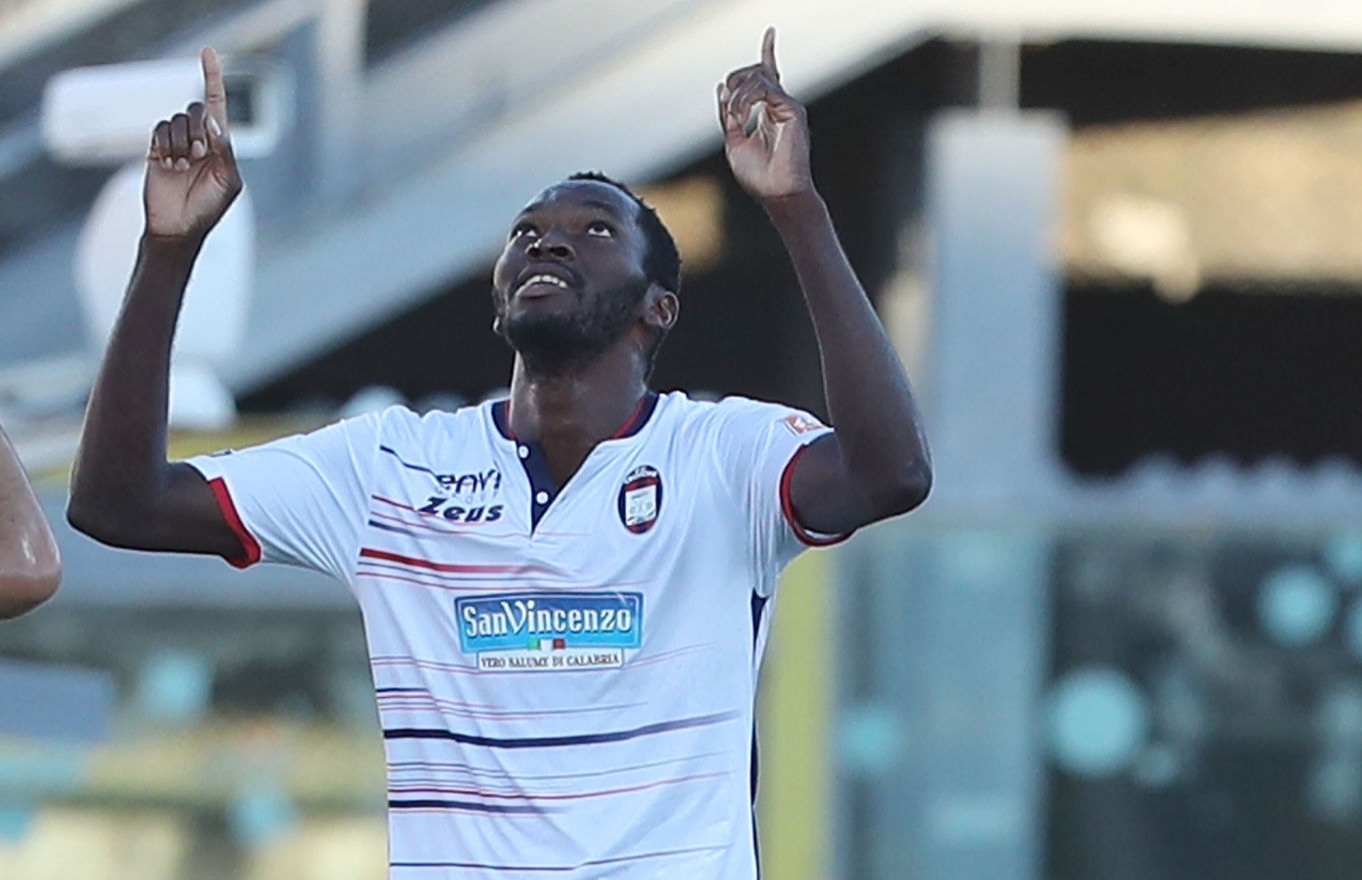 Super Eagles forward, Simy Nwankwo has had an incredible season at Italian second tier league club, Crotone, helping them gain promotion to the Serie A.

Crotone were relegated to Serie B after they finished 18th during the 2017-18 season, but will now return to topflight football.

Nwankwo, who had only made five appearances for Nigeria, has bagged a total of 20 goal so far, making four assists in 35 league games for the Serie B side this season.

The 28-year-old’s brace on Friday night helped secure promotion for Crotone, who will now join Benevento in the topflight next season.

Corotone’s promotion confirmation on Friday was aided by the goalless draw of Spezia vs Cremonese on same night when Crotone thrashed relegated Livorno 5-1.

Simy Nwankwo scored the third goal in the 35th minute of play, and the fifth goal in the 59th minute from the penalty spot.

The striker is set to bag the Golden Boot, as he now tops the Serie B scorers chart on 20 goals, having scored seven goals in his last five games.

Friday’s win took Crotone to an unassailable 65 points that guarantees them a second-place finish behind runaway champions, Benevento.

Only two rounds of games are remaining in the campaign.