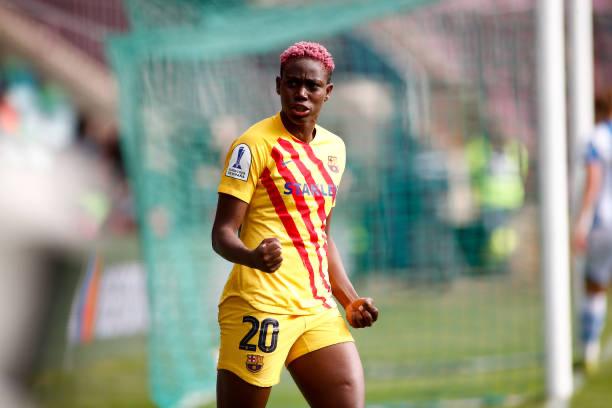 Super Falcons star, Asisat Oshoal got an ovation from European football body UEFA after she bagged a hat-trick against Logrono at the weekend.

The reigning African women’s player of the year has been in fine form lately and has scored a total of 20 goals for Barcelona Ladies in the Spanish women’s league this season.

Logrono were thrashed 6-0 at home by the Spanish women’s league leaders.

And Oshoala scored the fourth, fifth and sixth goals in the encounter.

UEFA, while eacting to Oshoala’s hat-trick, noted that she is now on same number of goals with teammate Jenni Hermoso.

Barcelona have stayed unbeaten in the league this season, and have only picked up two draws after 20 games.