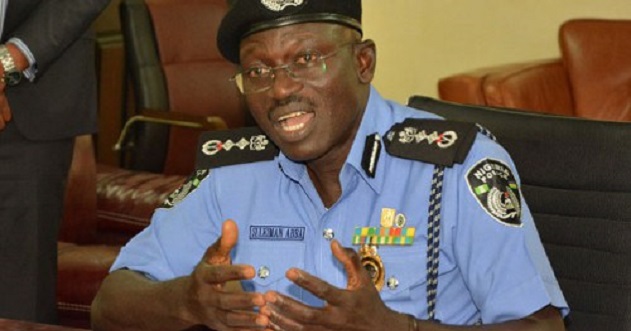 Suleiman Abba, former Inspector-General of Police, has made a shocking claim that the police under his leadership had forced former President Goodluck Jonathan to concede the 2015 presidential election to then candidate Muhammadu Buhari.

Jonathan had congratulated Buhari while the Independent National Electoral Commission (INEC) was still collating results of the election, earning him widespread praise.

But in an interview with Daily Trust, Abba said the police should be considered the real heroes for making that happen.

“I said the Nigeria Police, I didn’t say Suleiman Abba. It was the action of the police that made them to have a change of mind and accept the results. The heroes of that election should have been the police.”

Abba also said he was under pressure from the leaders of the Peoples Democratic Party (PDP) to compromise the 2015 elections.

He said before then, a top member of the then ruling party had asked him to steal the 2014 governorship election in Osun State for the PDP.

The election was between Iyiola Omisore of the PDP and Rauf Aregbesola of the All Progressives Congress (APC) who eventually won.

“Believe me, I have always counted myself lucky. I think because of the little background I gave you about the strength of discipline in me, both personal and professional, I received my sack as a normal development,” he said.

“I was not shocked for a reason that I knew it would happen. Right from the time I started work as inspector-general of police, I knew that I may not reach the date of my retirement, which would have been 2019, by which time I would have been 35 years in service and 60 years of age.

“I am saying this because the very first week I took over, we had the elections in Ekiti; that was August 2014. Arrangements had been made for the election by my predecessor and I think it was the same team that also did the Osun election, it was the same AIG.

“One of the leading stalwarts in the PDP then said to me: ‘IG (you know I was acting then) deliver Osun to us and we will confirm you quickly.’

“I was shocked! That was when I knew that I may not last long in the office. Immediately, I said to myself, ‘How could I deliver when I am not an electorate? The voters are the ones to deliver, my own was to protect the whole process.’ Of course I said to myself that what happened to one of my predecessors (may his soul rest in peace), Adamu Suleiman, was going to happen to me, maybe I would never be confirmed. He was inspector-general of police and till he left office he was not confirmed.

“So that is my approach; I accept things the way they come. I said to myself that I was going to leave that office without confirmation; but then, I went to Osun and did what I was supposed to do. Of course, having made up my mind that I wasn’t going to take the dictates of someone on what I had been doing for decades, I went to Osun, addressed the police officers who were very cheerful because they were seeing their IGP for the first time. I told them to go and do what the law protect the electorate, all other stakeholders, INEC officials, observers, and of course, any other person that had the right to be around the polling areas, collation areas.

“I also told them to go and protect the outcome of the election itself. I warned them also that if they allowed themselves to commit any offence against the electoral act, their punishment would be double because they would lose their jobs and may be charged to court. They heeded my warning and did exactly what was expected of them and the outcome was that a winner emerged.

“That was exactly what happened. From then on I knew that, perhaps, I was not going to get confirmed or last long in office. So it didn’t come to me as a surprise at all. I also think it was a blessing from the Almighty God, so I wasn’t shocked or disturbed.

“I lost an office I should have held for four years, but that was my destiny. And that was why I refused to go to court, even when people were prompting me to do so.”

Abba also debunked the allegation that he went to receive President Muhammadu Buhari at the airport after the 2015 election.

“The only time I met the president-elect was like all the other service chiefs did, to go and congratulate him. It was a common agreement that we were going to congratulate him,” he said.

“I attended the presentation of certificate to the president-elect. Let me tell you why I did that. One, it is only the police that had a seat at that function. Let me also draw your attention to the fact that if you check the electoral act, the police are clearly mentioned as the custodians of security of the elections.

“Now the IGP had a seat and I appointed at that time, according to tradition, an AIG to represent me in all the activities of the collation, but when it got to the peak I went. In any case, if it was the then PDP candidate that won, I am sure if I didn’t even go there a bigger query would have come. So if we are talking about an election where a candidate that wins legitimately should get all the support, then I don’t see any reason why anybody should query me for attending those functions. I couldn’t be a traitor. I only did what was expected of me and I will repeat it uncountable times if I get the opportunity to do so (to protect the law and do what is expected of me.).”

2019: As rumours circulate, Atiku says he has not defected from the PDP

BUHARI TO LAWYERS: Individual rights ‘must take second place’ when national security is under threat