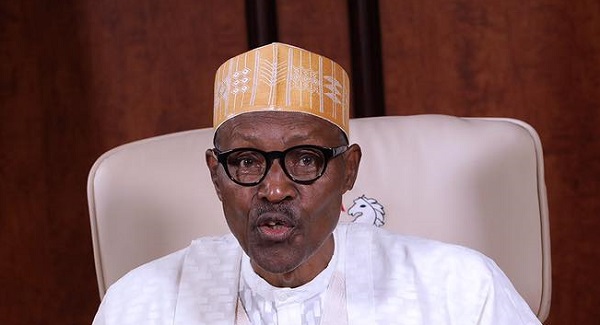 From the presentation of the 2018 Budget to a joint session of the National Assembly to the signing of the budget by President Muhammadu Buhari on Wednesday, accolades, concerns, and even issues have trailed the nation’s largest budget in history.

These judgements were formed based on the quick presentation by the Executive with the aim to begin a January – December budget calendar, to over six months of delay at the National Assembly, and the injections of fresh projects by the lawmakers as claimed by the President among others.

But, one major area which seems not to have received so much attention by the public is how the nation intends to fund the N9.12 trillion budget.

Recall that the 2018 budget designed to consolidate on the achievements of the “2016 Budget of Change” and “2017 Budget of Recovery & Growth”, is expected to advance the delivery of the goals of Nigeria’s Economic Recovery and Growth Plan (ERGP) 2017–2020.

As part of the plan, several declarations have been made by the Federal Government on its commitment to diversify the economy away from the oil sector and different public discussion forums on the diversification efforts of the Federal Government have been held, three years in office, one would think the efforts could have at least moved close to becoming a reality in the nation’s spending plan.

However, the 2018 Budget as passed by the National Assembly and signed by President Buhari has shown more dependence on the Oil sector than previous budgets.

The Oil fortunes changed the figures

President Buhari had presented a N8.612 trillion budget estimates to the National Assembly with $45 per barrel Crude Oil price assumption.

But, the geopolitical tensions between oil producing countries, in particular, Iran and the United States, making the latter to pull out of a nuclear deal agreement with the former, and the supply cut policy of the Organization of Petroleum Exporting Countries (OPEC), have contributed greatly to the surge in prices of Crude Oil which turned out to be a fortune to oil rich Nigeria.

The effect which saw oil prices peaked at $78 per barrel, the highest in three years, apparently motivated the lawmakers to upwardly review the Crude Oil price benchmark by $6 per barrel to $51 per barrel.

This, according to the Chairman, Senate Committee on Appropriations, Sen. Danjuma Goje, made the Appropriation Committees of both chambers of the National Assembly to jerk up the budget estimates by N508 billion “with due consultation of the executive,” even as the President claimed several critical projects were removed, budget provision for some others were cut and 6,403 fresh projects worth N578 billion were injected ‘without any discussion with the Executive.”

The 2018 Budget in retrospect

In the 2018 budget, about N2.01 trillion, or 21 percent, would go for debt servicing, with provision to retire maturing bond to local contractors increased by 7 percent, from N177 billion in 2017 to N190 billion.

How do we fund the budget?

According to the budget breakdown made available to the public on Thursday, the bulk of the funding for the 2018 Budget would come from the expected increase in oil and gas revenue as well as other independent revenue strategies the government plans to adopt during the year.

The Minister of Budget and National Planning, Sen. Udoma Udo Udoma, said at the presentation of the details of the “2018 Budget of Consolidation” in Abuja that funding would also come from government restructuring of its equity holding in the oil and gas joint ventures, recovery of stolen assets, increased tax revenues and higher income from Nigeria Customs Service.

The breakdown shows that 41.7 percent of the N7.17 trillion funding for the budget is expected to come from oil revenues alone, while about 11.8 percent of the funding would come from independent revenue sources.

A step higher in crude oil prices, a step away from economic diversification

As oil continued to climb new highs, the country’s spending plans and growth index have also continued to hinge on the sector the government had planned to diversify from.

According to the first quarter Gross Domestic Product report of the National Bureau of Statistics (NBS), real growth of the oil sector was 14.77 percent (year-on-year) in Q1 2018. This represents an increase of 30.37 percent points relative to rate recorded in the corresponding quarter of 2017.

However, the non-oil sector only grew by 0.76% in real terms during the reference quarter. This is higher by 0.04% point compared to the rate recorded in the same quarter of 2017 and 0.70% point lower than the forth quarter of 2017.

In 2016, share of oil revenue to the Federal Government budget was N820 billion, representing 18.5 percent of the entire budget, this rose to N2.12 trillion in 2017, reaching 29 percent of the budget estimates.

At N2.99 trillion, representing 33 percent of the 2018 Budget, it is apparent that the Nigerian government now has its eyes on the mounting Crude oil fortune more than previous years, thereby depending on the sector for its expenditure contrary to its economic diversification narrative.

As it stands, a reduction of projected proceeds from the sale of Crude Oil might make implementation of the 2018 Budget unrealistic.

The Oil still matters, even when we say otherwise

Rather than the 1.77 percent deficit-GDP ratio proposed by the executive the country could have used for the 2018 fiscal year, the high oil price which stood at over $75 per barrel as of June, 2018, helped in reducing the ratio to 1.74 percent.

The budget would be financed mainly by N1.6 trillion projected to come from fresh borrowings to fund N1.95 deficit component of the budget, of which N793 billion would be sourced domestically, while about N849 billion would come from foreign sources.

The N1.95 trillion deficit was narrowed from N2 trillion earlier proposed based on the $6 per barrel upward review of the Crude Oil prices benchmark.

Another N306 billion is expected to come from privatisation proceeds and additional N5 billion would be realised from the sale of other non-oil government property to finance the deficit.

To further buttress the diversification narrative, Finance Minister, Kemi Adeosun, had noted that Nigeria should not be referred to as an oil economy.

According to the minister, it was an error to categorise Nigeria as an oil economy along with nation’s like Saudi Arabia, Kuwait and Qatar with very high daily oil productions and low population, as Nigeria produces 2mbpd for 180 million, indicating that 90 million people share proceeds for 1mbpd.

She maintained that revenue mobilisation through taxes, which now have 19 million active payers, would help the country attain its growth potential by funding its ailing infrastructure including roads, power and rail.

But, with all these, lower revenue was projected from the non-oil sector, comprising of corporate income tax, value added tax, revenue from customs and federal allocation levies, to fund the 2018 Budget.

The non-oil revenue is expected to drop from 1.37 trillion in 2017 to N1.25 trillion in 2018 even as it expects higher revenue from the oil and other sectors.

The Recurrent Versus the Capital Expenditure

According to Adeosun, the Buhari-led administration is committed at investing in infrastructure development in the country as a viable way to drive the government’s diversification plan.

However, a breakdown of the 2018 Budget shows no correlation between the government’s plan to drive capital investment through infrastructure and capital expenditure (CAPEX)

While Nigerians expected a significant reduction in recurrent expenditure to fund CAPEX, so as to actualise the government’s plan, it added more funds to pay salaries and other recurrent obligations at the expense of the claimed investment.

Although, when the expenditure is converted to the percentage of the budget estimates for the corresponding year, the recurrent, which accounted for 40.1 percent of the entire budget in 2017 dropped to 38.5 percent in 2018, while CAPEX fell from 31.7 percent in 2017 to 31.5 percent in 2018 rather than rise in line with expectations.

With OPEC considering its supply cut policy for member countries, the 1.86mbpd achieved in 2017 out of 2.2mbpd Crude Oil production projection, may not be attained by the country even as it benchmarked 2.3mbpd for 2018 fiscal year.

This may negatively impact on the revenue funding of the budget which is expected mainly to come from the Oil sector, thereby further suggesting that oil still matters to actualise the federal government’s plan as the nation has not successfully diversified its economy.

BUDGET ROW: Presidency hits back at N’Assembly, calls it greedy