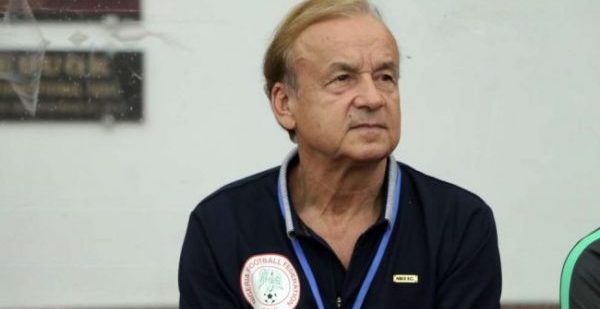 Super Eagles Technical Adviser, Gernot Rohr says that Barcelona’s superstar, Lionel Messi, will not be given any special treatment when Nigeria face Argentina in the 2018 World Cup.

The Eagles were drawn in Group D of the global showpiece holding in Russia later this year, alongside Iceland, Croatia and the South American giants, Argentina.

It will be the fifth time the Nigerian team will be facing the two-time World Cup winners in the group stages of the competition, and Nigeria will be hoping for their first ever win in the encounters.

But as for Messi, Rohr, who guided the Super Eagles through a deadly group in the qualifiers, admits that the Argentine is of high quality, but believes his team have successfully played against other world class players like Riyad Mahrez and Sadio Mane.

“At this stage, there is no special plan,” Rohr told South Africa’s Soccer Laduma when asked how he plans to take care of Messi.

Read Also: We did our best but lost, that’s football- Mourinho

“We don’t even know whether he will play. Of course, we all know him and we know of his quality. But we also played against some really good players in our qualification and were able to deal with them.

“We had Riyad Mahrez at Algeria, we played against Sadio Mane and Senegal in a friendly. We know how to organise our defence against top quality players. What I can tell you now already is that there will be no man-marking of Messi.

“We did this in the old days, even myself, but it’s not used too often these days. We will deal with Messi or any big player as a collective. But often you won’t be able to keep top players quiet over the whole 90 minutes.”

The German technician also relished Nigeria’s qualification for their sixth appearance at the FIFA World Cup, and attributed the feat to the morale and mental strenght of the group of players at his disposal.

“Nigeria always had to wait until the last game of the qualification to qualify and this time we booked the ticket with one game to spare. What helped us in this qualification was our mental strength, we played as a unit and tactically solid. Our morale was also strong and we were able to deal with setbacks through injuries and ill players,” he stated.

The Eagles will play two friendly games this month against Poland and Serbia, as they begin preparations in view of a good outing in Russia come June.