Home » Politics » 2019: ‘Allah has destined who the next governor of Borno will be’— Gov Shettima 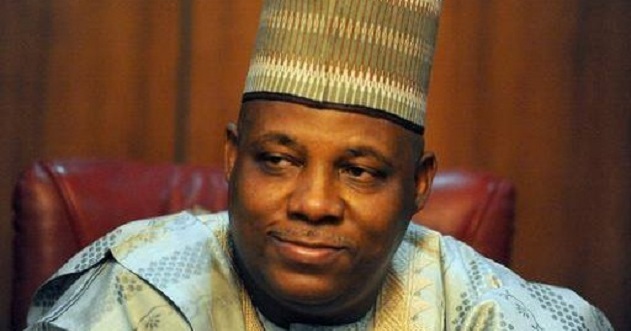 The Governor of Borno State, Kashim Shettima, said on Tuesday that God had destined who the next governor of the state would be.

“Whether one likes it or not, Allah has destined who the next governor of Borno will be,” he said.

Shettima said this while hosting members of his cabinet and party officials to a Sallah lunch at the Government House.

The governor’s speech focused largely on those he described as ‘Abuja Politicians’ whom he said have expressed displeasure that Borno State is derailing because governance is left in the hands of “inexperience younger generation”.

“Those Abuja politicians that are saying today that Borno is in the hands of little children, should be reminded that when some of them were governors they are not up to my age,” he said.

“This might be my last bit lunch with you, but believe me Insha Allah, life is a marathon, and in the fullness of time we will have the cause to celebrate more occasions.

“Electioneering season is around the corner. I want to assure you that Insha-Allah we shall put in our best to see that we leave behind a lasting legacy.

“Sadly, uncomfortably but truthfully, there can never be two captains in a single ship. There are quite a handful of ambitious colleagues of ours, but only one can be a governor. And that governor has been ordained by Allah.

“Kashim Shettima has not power to appoint a governor. I have not power to elect or impose a governor. It is Allah in his infinite mercy that will select the governor for us, Insha Allah. Our prayer is may that person be a symbol of our unity, a beacon of exclusivity, a symbol of a resurgent Borno.

“We are moving from a period of insurgency to that of resurgence. Borno shall rise from the ashes of defeat to greatness.

“I call on you all, let us unite as a people; we have survived an insurgency, but we should be very careful because soon those that have lost out in the power game of political leadership are itching to reignite a political insurgency in the state. We have to say no them.

“I know of some of us who abandoned their houses and have continued to live in three different hotels here in Maiduguri. I know of you here who could not go to the mosques for prayers except they come to the government house to pray.

“But some clowns who have abandoned Borno for ages, those that have not even given a bowl of rice to assist our displaced people, are now taking the advantage of the peace we have suffered to build by saying that it is only them that will decide and install the next governor of Borno state.

“These Abuja based politicians kept saying Borno is in the hands of children; I finished my secondary school in 1983, some persons finished in 1979, I was in form one and that person was in form four.

“He is just my senior by three years. Some finished secondary school in 1981 and I finished in 1983. But they fail to understand that age is the function of the mind; number is nothing; maturity is in the mind.

“Any person that will not give due regard to fellow human is the one that is immature.

“It is not the matter of being rich. Even one that is elected leader, is not in any way better or more illustrious than any other person.

“Even if it comes to being who is an illustrious son or daughter of Borno, we should know that amongst us here, we have the grandchildren and princes of the Shehus of Borno (Senator Garbai).”

He referenced Vice President Yemi Osinbajo as a good example to emulate.

“The vice president, Yemi Osinbajo, is not from the north, he is a Christian from the western part of Nigeria and a pastor of the Redeem Church (RCCG). But he, Vice President Osinbajo, mobilised resources and builds a state-of-the-art school for the Kanuri children of Boko Haram. And 90 per cent of the children to be in that school are of Borno’s Kanuri, Shuwa, Babur and Marghi tribed. And 90 per cent of them are Muslims.

“Where are the so-called elders of Borno who are saying the state is in the hands of kids; what have they done to the state. We know some of them that have four aircraft, we know they are rich. But the wealth that does not benefit your people, we the Kanuris say, is not better than grass.”