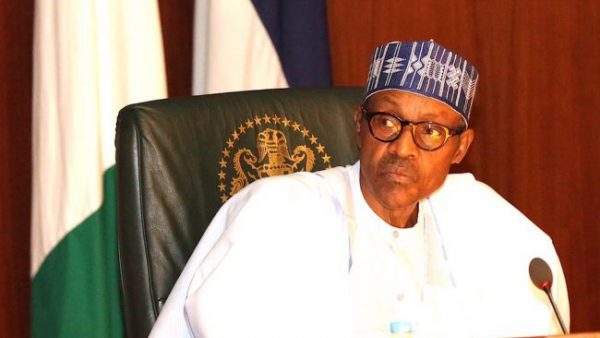 It is by now certain, ceteris paribus, that the names of President Muhammadu Buhari and his deputy, Professor Yemi Osinbajo, will be on the ballot when Nigerians go to the polls next February. The president voted in favour of running, to the outright consternation of some highly-placed and not-too-highly-placed Nigerians, who ‘advised’, cajoled and issued veiled threats to the president. Question is, should President Buhari get our votes in 2019?
Under the presidential system which we faked, an incumbent is all but assured of another shot at the presidency without having to go through the hassles of party primaries. Since President Buhari indicated interest in the 2019 presidential election, some members of the ruling All Progressives Congress and the opposition Peoples Democratic Party have expressed concern that the president’s party will not allow a level-playing field.
After threats failed to dissuade the president, those who feel threatened by his re-election now wish he be dropped by his party. Interesting! Several factors have been cited by opponents of the Buhari/Osinbajo administration to fault its re-election bid. Among them are non-performance, widespread insecurity in the land, the age of the president and the need for him to yield ground for a ‘younger’ man, the kind former president, Ibrahim Badamasi Babangida called a five-in-one individual, whatever that meant.
READ ALSSO: Like Saraki, Dogara threatens online newspaper with court action
There is real cause for worry, though.  In the vanguard of the opposition to the president’s re-election bid are two, often-bickering former presidents. One of them, Olusegun Obasanjo whose failed bid to perpetuate himself in office posed the greatest threat to the Fourth Republic; the other, General Babangida, nearly conflagrated the country after he annulled the June 12, 1993 election. Both men have never masked their eternal disdain for President Buhari.
Though his relationship with his ‘boy’, President Goodluck Jonathan iced ahead of the 2015 elections, there is absolutely nothing to show that General Obasanjo play any role in the victory of President Buhari. General Babangida did not have to renounce membership of the PDP or shred his membership card as General Obasanjo did. As a card-carrying member of the PDP, therefore, General Babangida must have worked against the victory of President Buhari at the polls.
It remains to be seen how people who played no role in President Buhari’s victory in 2015 can hope to stop him in 2019. Those who kick against President Buhari’s re-election bid failed to realize that, despite the hardship in the land, majority of Nigerians are still on the same page with the president.  There is the general belief among right-thinking Nigerians that the modest gains of the past three years will be reversed if freeloaders succeed in capturing the presidency in 2019. Even top PDP members have alluded to this genuine fear.
The fear is fuelled by the feeling that Nigeria is on the rise again! After years of mindless despoliation and criminal display of impunity, Africa’s power house is gradually recovering its long-lost voice. Traces of the nation’s grogginess will take a while to wear off and the voice may not be loud and clear yet, but it is strident enough to be heard by the international community. In a manner of speech, Nigeria has returned to the table!
It may appear belated but, by finally taking off their blinders, even discerning PDP members who cringe at the prospect of a return to the freeloading years have thrown a challenge to their colleagues! It is a challenge that has already been spurned by two divergent groups. The first group is queerly led, encouraged and goaded on by supposedly enlightened and supposedly well-read Nigerians who, but for some curious reasons, should be most vocal in their support of the Buhari/Osinbajo administration.
The second group, understandably, is made up of thieves in public office and complicit leeches in the private sector who are united in their desire to frustrate the emergence of a new Nigeria. It remains a mystery how the divergent groups found a common platform but for now, they have found an unlikely ally in their sterile ‘’Buhari is evil’’ chorus in a religious rabble that pride themselves in insubordination to constituted authority. Sad!
In and out of power, President Buhari’s incorruptibility, his forthrightness and his transparency speak for him in a country best known for ill-prepared, unprepared and clueless leaders. This probably explains why he remains one of the few prominent Nigerians, indeed the only Nigerian leader, to be spared by the late rights activist, Chief Gani Fawehinmi. This also explains why General Obasanjo, before he fell in love with writing hate letters, distinguished President Buhari for praise in several publications. It is to President Buhari’s credit that he remains the only Nigerian leader, dead or alive, who has not been accused, wrongly or rightly, of stealing.
It is the season when fablers and tale-bearers thrive. As we approach 2019, more of them will have cause to fabricate lies as to why President Buhari should not run in 2019. In that case, you will do well to remind yourself that, as a standard bearer, the president’s main crime has been his impatience with thieves and treasury looters! Knowing the type of president Nigeria is lucky to have, it was mere wishful thinking to imagine that the looters in our midst would throw up their arms in despair or celebrate when the African Union recognised the president as anti-corruption icon.
As it is, parasites who can barely survive without stealing public funds will continue to fight back in the hope of frustrating President Buhari from executing the presidency. Thankfully, the future of this country will be decided by Nigerians who deserve the dedicated, committed and exemplary leadership which the Buhari/Osinbajo administration is providing. Not by those who hold a grudges and who have been programmed to despise the administration.
Still confused as to who deserves your vote?

Keyamo, really, I don’t think so!

Buhari: From Criminalizing and Dividing Nigerians to Dissing Nigerian Youth