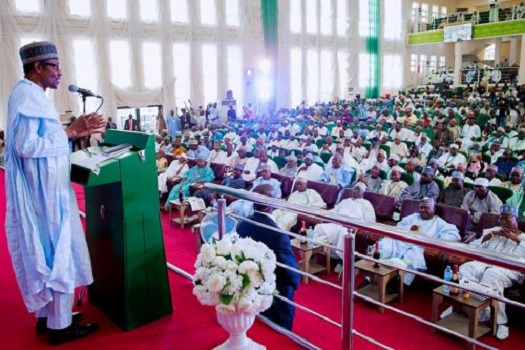 Ahead of the 2019 general elections, President Muhammadu Buhari will Monday inaugurate the All Progressives Congress (APC) presidential campaign council.

This information was contained in a statement issued on Saturday by Festus Keyamo, spokesman of the APC presidential campaign council.

Keyamo said the event will take place at the International Conference Centre, Abuja.

He said those expected at the ceremony were the persons earlier announced as members of the council.

The council is made up of about 70 individuals.

Read also: Those in PDP are rich men, we in APC are poor people –Amaechi

It is co-chaired by President Buhari and Bola Tinubu, a national leader of the APC.

Rotimi Amaechi, Minister of Transportation, is the director-general of the council.

Also on the council are all serving and former governors and members of the National Assembly in the party.

I am Nigeria’s ‘watchman’- Obasanjo