Home » Politics » 2019: We can’t go on with Buhari who doctors advised to ‘eat more and sleep more’- Afegbua 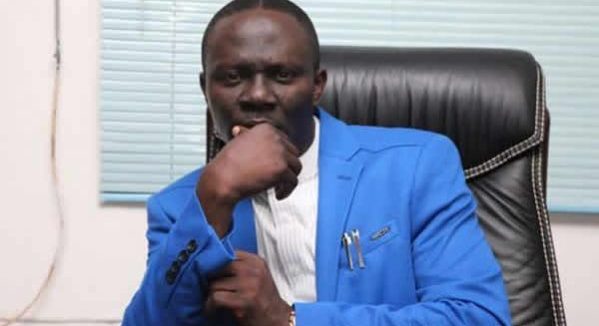 Kassim Afegbua, embattled spokesman to former head of state, Ibrahim Babangida, has expressed his personal views on the 2019 election and President Muhammadu Buhari’s likely candidacy, urging him to jettison the idea and seek retirement instead.

In an interview with Vanguard, Afegbua said, “If President Buhari is my father, I will graciously advise him. I will say, ‘Daddy, it is time to go home and manage the rest of your life. It is time to leave the stage where people will be abusing you’. I will not bring out my dad to be so vilified if I were to be his son,” he said.

“When General Babangida clocked 70, I was one of those who prevailed on him to quit partisan politics. We prepared a statement for him; at a public event in Abuja, he announced his retirement from partisan politics. That is the hallmark of a statesman.”

Afegbua said Nigeria “cannot afford the luxury” of a president whose doctors have advised him to “eat more and sleep more”.

“We cannot afford the luxury of having a president who will sleep when we have insecurity everywhere, herdsmen here and there. We need a president that has the capacity to go round and preach peace to all the ethnic groups.

“It is not an accident of history that President Obasanjo said this government is nepotistic. There are clear signs; we have seen actions and inactions. We need a president that will speak the language of peace, we don’t want people to be cocooned in the Villa and we are just working with body language.”

Afegbua was recently declared wanted by the police and was also invited byu the Department of State Services (DSS) over a statement he released on behalf of Babangida in which he admonished Buhari against seeking reelection.