2019 election was a sham, lawmaker says as Senate condemns use of military | Ripples Nigeria 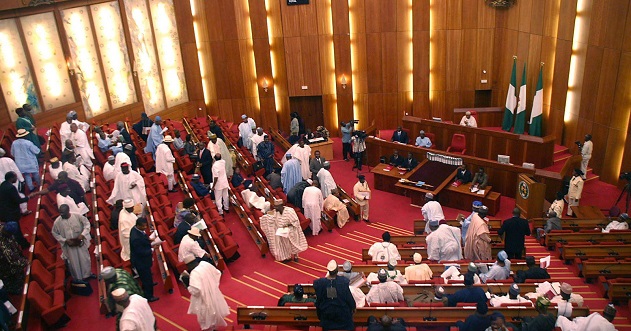 One of the senators who lost his re-election bid, Biodun Olujimi (PDP Ekiti), has described the 2019 general elections as a sham, saying that the poll was marred by rigging and vote buying.

She said this as the Senate on Wednesday, during its plenary, condemned what it termed “the massive use of military forces” during the elections.

The condemnation followed a report presented at the plenary by Senator Dino Melaye and entitled “The militarization of the Nigerian Electoral Process and the inconsistent application of the Electoral laws by the Independent National Electoral Commission (INEC)”.

The Senate had sequel to the report made a four-point resolution including the condemnation of massive use of military force during the poll and call on the INEC to ensure the unrestricted and consistent application of all electoral laws without bias to a candidate or a party in all elections.

Other resolutions were directing the Senate Committee on INEC to investigate all perceived inconsistent application of electoral laws by INEC in the 2019 elections, and appeal to the President of the Federal Republic of Nigeria to give assent to the recent amendment to the Electoral Act to ensure a level playing field and adoption of equal standards in our national elections for a strong and peaceful democracy in Nigeria.

In his response to the report, the Senate Leader, Senator Ahmad Lawan said, “The electoral process remains a journey , it requires a lot of fine- tuning. We need to meet with INEC to get a panoramic view of the situation.”

In her contribution, Senator Olujimi said, “We are Nigerians and we are in Nigeria. What is wrong is wrong. This election was a sham. INEC parameters were different in different states. There is no wrong that can validate the other.

“We need to look at our electoral process. Rigging and vote buying was the order of the day. The legislature needs to look into this.”

Like Reps, Senate adjourns plenary to April 2 over budget defence