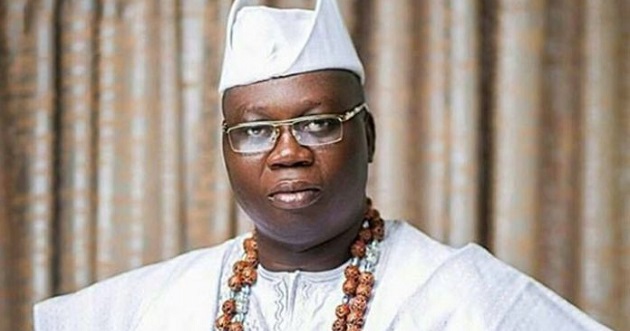 The Aare Gani Adams-led members of the Oodua Peoples Congress (OPC) has said it is yet to decide which party or candidates it will support in the forthcoming elections.

The group dissociated itself from the recent move by the late Fredrick Fasheun-led members of the group, to endorse the Lagos state All Progressives Congress (APC) governorship candidate, Mr. Babajide Sanwolu, as its candidate in the coming election in the state.

Speaking against this backdrop, Lagos state coordinator of OPC, Alhaji Mutair Adesina, said in a statement on Friday, that the group, under the leadership of Aare Gani Adams, is yet to decide on the candidates it will support in the forthcoming elections, both in the state or at the national level, saying, though, elections are a few weeks away, the group will decide at the appropriate time.

Adesina, however, expressed surprise at the manner in which the late Faseun’s group reacts to current political issues, describing the move as “barbaric, especially, at a time when the remains of the founding father of the group, is yet to be laid to rest”.

He further explained, that “In Yoruba land, we give respect to the dead and memories of our great leaders. It is unfortunate that the group has failed to respect the memory of the late Faseun, that died just a few weeks ago, and that is too bad,” he said.

“We are yet to make up our minds on the candidates we will support during the forthcoming elections.

“Our leader has the final say, and we are yet to hear from him. The APC candidate is yet to meet with our leader, or even pay him a courtesy call. So as a group that is poised to promote the cultural identity of the Yoruba race, our core values are strengthen by our beliefs in restructuring, as it has been promoted always by our amiable leader, and the Aare Onakakanfo of Yorubaland, Iba Gani Adams.

“We have our template and structure firmly rooted both in Nigeria and outside the shores of this country. Members of our group are scattered across the country, and in 84 countries across the world. Our core values and ideologies are enshrined in all our programmes. So, before we make up our minds we must consider so many things, and key among them is our position on restructuring. Therefore, we will definitely bare our minds very soon and at the same time throw our weight behind any candidate that is ready to restructure Nigeria.”

Adesina, also urged the electorate to ensure peace reigns, before, during and after the elections, adding that Nigerians should vote for candidates that can deliver on the promises and yearnings of the people.

“At this critical moment of our time, the only option left for Nigerians, that can guarantee sustainable progress is restructuring and that is the point I am making”, Adesina stated.