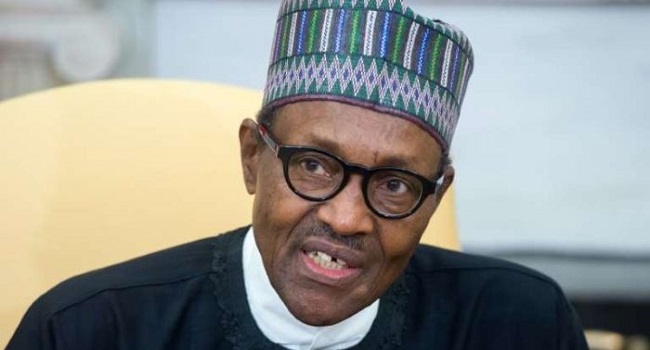 The New Initiative for Credible Leadership (NICL) has endorsed the reelection of President Muhammadu Buhari for approving the new minimum wage of N30,000.

The group also lauded the decision of the organised labour to suspend its planned nationwide strike.

Speaking on the development at a press briefing on Tuesday, Steven Onwu, NICL executive director NICL, described the Buhari-led government as a worker-friendly one.

According to him, the federal government would pay more than N30,000 “if the country permits”.

Onwu, on behalf of the group, called on Nigerians to support Buhari to continue as president beyond 2019.

“The suspension of the proposed strike action by the Labour union is a laudable one. We want to commend the Labour Union for their dogged yet decorous engagement with the federal government over the last few months on the issue of increase of the national minimum wage,” he said.

“At such austere time like we currently find ourselves in as a nation, with dwindling government revenues, it is quite difficult to get an agreement on any increase at all much more the national minimum wage. We want to commend all members of the tripartite committee for the enormous patriotism and commitment shown during the negotiation process. Without such patriotism as displayed by the entire team, there would not have been any head way in the negotiations.

“We want to use this opportunity to also commend the Minister of Labour and productivity, Dr. Chris Ngige for his forthright commitment to the process. He deployed all available tact to ensure there were no breakdown in communication.

“Our greatest commendation goes to President Muhammadu Buhari for his unwavering commitment to the welfare of workers in Nigeria. The president kept emphasizing that such bailout funds to state governments should go first to the payment of their staff salaries.

“The federal government has shown itself to be labour friendly. If the country’s permits, the Buhari-led administration would be paying far higher than the amount the labour union is currently demanding. Nigerians have taken particular notice of how the Buhari administration has strengthened anti-corruption institutions to help block leakages in the system that allows a few to cart away what belongs to all.

“The truth of the matter is that, had the previous government invested heavily in infrastructural development as the Buhari led government is currently doing, we will not have these issues at the magnitude we are now.”