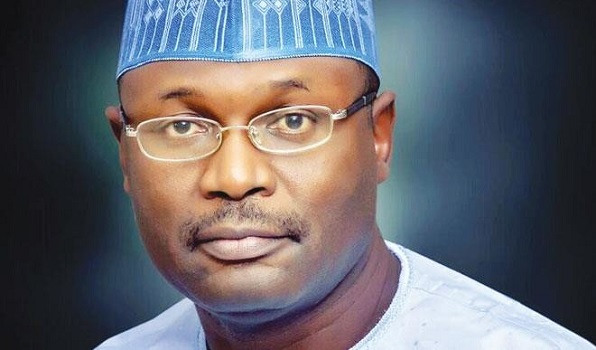 The beauty of democracy and indeed its attractiveness to many is the broad participation as well as the guarantee of periodic, genuine and credible elections. Nineteen years after Nigeria returned to participatory democracy, it has made discernible progress, including a seamless handover in 2015. Yet, Nigeria’s democracy is fraught with some teething problems. Underage voting has become a national challenge and sore point.

As the election year approaches, it is natural for people to recall words attributed to former Soviet dictator, Joseph Stalin, as recalled by his former secretary; “I consider it completely unimportant who…will vote, or how; but what is extraordinarily important is this — who will count the votes, and how.”1 Going by Nigeria’s immediate-past history, such worries are not completely out of place. Not a few believe it is imperative to look critically at those who will count the votes during the 2019 general elections and the methodology they will use. Certainly, there will be challenges.

Already, the Independent National Electoral Commission (INEC) the body saddled with the responsibility is under intense criticism for what transpired at the Kano State local government area elections. The Nation, in a recent editorial piece could not be have been more critical of what happened in Kano State. Trenchantly, the paper observed that, “A very sad reminder of this was the charade of an election recently conducted into the local government councils of Kano State. In an age when technology has made it difficult to hide anything, photographs of children who were illegally accredited to vote soon filled the cyber space. Then, came the denials – from the state government, the Kano State Independent Electoral Commission (KNSIEC), the ruling All Progressives Congress (APC), and somewhat the INEC. No one wanted to accept that the constitution and the Electoral Act had been breached.”

That broad brush appraisal echoes the views of most Nigerians. Some took to social media to vent their frustrations, especially concerning INEC’s ability to conduct credible elections in 2019. INEC’s Director of Publicity and Voter Education, Oluwole Osaze-Uzzi, admitted that officials, often out of fear for their lives and threats by community members, do register underaged voters. This confirmed the suspicion of many and opened a new vista of public condemnation.

In a move to save face and apparently restore the confidence of the national electorate, INEC set up a committee to investigate the allegations of underage voting that trailed the Kano State Local Government Area elections. The committee sat and presented their report expeditiously.

In the committee’s report, according to an op-ed piece by the INEC’s Chiarman, Prof. Mahmood Yakubu, INEC swiftly but deftly walked away from issue of being forced to register minors, and distanced itself from the “charade” in Kano. Furthermore, INEC doubled down on its earlier stance that the only role it played was to provide the KNSIEC with the Kano State Register of Voters for the election. INEC also tried to disassociate the alleged irregularity from where most of the accusing fingers are pointed – at the National Register of Voters. In denying any nexus between the alleged underaged voting and its register, INEC contended that its register “was substantially not used to accredit voters before voting,”3 and thus, “it is logical to conclude that if underaged voting occurred in the election, it was not due to any presence of underaged registrants on the Register of Voters.”4 INEC went on to state that “The few images and video clips from Kano show no accreditation of voters or any relationship with the Register of Voters.”5 That said, INEC sought to reassure Nigerians that the National Register of Voters, the sole determinant of who gets to vote and who doesn’t during the 2019 general elections is “dependable.”

A New Wave of Scrutiny

The veracity of INEC’s contention remains in dispute. Indeed INEC and its operations face new wave of scrutiny. Many see INEC Committee’s self-absolving report as “a proverbial child that passes the exam it sets for itself.” The widespread allegations that dead people signed petitions for Sen. Dino Melaye’s recall, a matter also handled by INEC, has not helped INEC’s image . Indeed it is now compelling for INEC to update the National Register of Voters urgently. The body should work with National Identity Management Commission and other relevant government agencies with national demographic data base to redact names of dead and underaged voters and in so doing, invalidate those PVCs that may be used in ways that could undermine the credibility of every forthcoming state or the national election.

The issue of having a sufficiently credible National Register of Voters is too important a matter to be entrusted solely with the commission’s self-auditing mechanism. Political parties, civil society groups and other stakeholders should show more leadership in this regard. Beyond taking up the media space to call out INEC in the event of real or perceived shortcomings, relevant stakeholders should take the pain to thoroughly scrutinize the National Register of Voters. And in the event of discovering any impropriety, including underage voters, file their fact-backed complaints appropriately and pursue necessary redress rigorously.

Understandably, in its self defense, INEC has passed the buck to various political stakeholders. According to INEC, “…we have consistently given political parties copies of the register for each year and ahead of general elections as well as Governorship off-season elections. Only recently…, we gave each of the 68 political parties a copy of the register containing names of the 3.9 million new voters registered in 2017. We urged them to use the register not only to reach out to voters, but also to check whether there are ineligible persons on the list and draw the attention of the Commission to them. Unfortunately, since this Commission was inaugurated in 2015, there has not been a single report from any political party of ineligible voters on the Register.”

Despite INEC’s attempt at self exculpating, it’s clarion call to action has merit. Given what is at stake, much will certainly be achieved if political parties, especially the leading opposition parties, civil society organizations, the media, institute their own independent scrutiny of the rather voluminous National Register of Voters, with a view of highlighting the weaknesses to the electoral umpire, and also making theRegister really dependable.

It noteworthy that as required by law, INEC confirmed that it displays regularly the provisional register soon after each Continuous Voter Registration for periods usually lasting between 5 and 14 days, for claims and objections. Nigerian citizens, who inevitably bear the greatest brunt of flawed elections, should sustain the tempo by maximizing the opportunity of this display to alert INEC and indeed the whole world about “ineligible registrants, including underaged persons and aliens.”

Two South-West states of Ekiti and Osun are scheduled to hold Governorship elections before the 2019 general elections. Both states present sufficient basis and the litmus to test the preparedness of INEC. The only limitation being that these two states, unlike their counterparts in the north, do not particularly have a history of underage voting, resulting from “padding” the voters register.

Available evidence and data reveals an interesting pattern in the geographical spread of underaged voters in Nigeria. Recent data say Nigeria currently has 10.5million out-of-school children. The largest swathe of that population are domiciled in the northern part of the country. Incidentally, the same part of the country has the highest occurrence of underage voters. That these children who could not be compelled to enroll and stay in school, could be found and persuaded to obtain voter’s card illegally and eventually mobilized to exercise “a franchise that does not belong to them legally” during elections, speaks volume of the real interests of the national elites and political class.

Discomfortingly, the issue of underaged voting represents only a fraction of irregularities witnessed during recent elections. During the 2017 governorship elections in Anambra State, there were allegations of grotesque manipulations of the card reader machine and a possible compromise of the ICT unit of INEC. Similarly, evidence exist that the votes of those who were manually accredited, were not reflected in the final results announced after balloting. Efforts should be made to investigate those allegations and see that such exploitations, if they indeed happened, will not reoccur in 2019.

Nigeria can ill-afford to have an election that is not credible and sufficiently so, not with the increasing calls for national restructuring, broad feeling of marginalization, high youth unemployment, spiraling restiveness, ascendancy of armed groups, the threat posed by herdsmen killings and the anger generated by the government’s lackluster handling of the crisis, and new alarming level of ethno-religious divisions.

Whereas post-election violence is hardly a new phenomenon in the country, most violent incidences “often tend to be localised, short-lived and restricted to polling centres and communities.”9 Human Rights Watch reported that more than 800 people were killed in three days of rioting in 12 northern states following the April 2011 presidential elections. Experts think the country is once again at the cusp of a major national crisis and that something in the similitude of what obtained in 2011 could trigger a major revolution.

Thankfully, the major political parties, barring a belated volte-face, are looking to nominate their presidential candidates from the Northern parts of the country. That reduces the north-south divide. But experts continue to warn that the level of anger and frustration in the land is such that the nation need not experiment with policies that will become tripwires as wheel as engage in unnecessary brinksmanship ahead of 2019. Were underaged voters to be seen as the swing bloc on which any candidate is elected, it would be a matter of Nigeria, and more specifically INEC failing to make a stitch in time to save nine.