Home » Politics » 2019: Kwankwaso accuses Buhari of abuse of power as approval for Eagle Square use reversed 24hrs to declaration 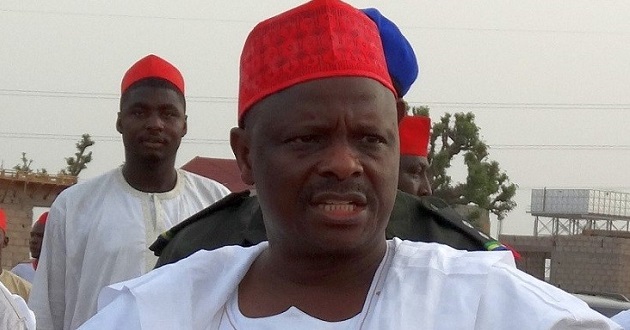 Rabiu Kwankwaso, former Kano State governor, has accused the President Muhammadu Buhari-led federal government of abuse of power as he has been denied use of Eagle Square and the Abuja International Conference for his presidential declaration, 24 hours before event.

According to a statement by the Kwankwaso Campaign Organisation, the senator’s request which was earlier approved, was rejected in a letter signed by Usman Mukhtar Raji for the facility manager of Integrated Facility Management Services Ltd, the company that manages both the Abuja International Conference and Eagle Square.

Kwankwaso Campaign Organisation said the reason given for the decision was “flimsy,” describing it as the “handiwork of the government in power”.

The statement read: “Kwankwaso Declaration: FG Turns Down Request to Use Eagle Square Just 24 hours to the highly publicized presidential declaration of Senator Rabiu Musa Kwankwaso due to hold at the Eagle Square on Wednesday, the 29th August, 2018, the Federal Capital Territory Administration(FCTA) has turned down the request earlier approved for some flimsy reasons.

“In a letter dated August 27th, 2018 and signed by Usman Mukhtar Raji for the Facility Manager and received on August 28th, 2018 barely 24 hours to the scheduled declaration, the Abuja International Conference and Eagle Square, managed by the Integrated Facility Management Services Ltd has reversed itself in respect of approval granted the organizers of the declaration of Senator Kwankwaso.

“We at the Kwankwaso Campaign Organisation sees the development as a handiwork of the government in power who will not see anything good in growing our fledgling democracy as no level playing field has been created to allow for viable opposition in the country.

“Even at that, earlier Tuesday morning the Abuja International Conference and Eagle Square, managed by the Integrated Facility Management Services Ltd refused us access to inspect the premises demanding us to present a police permit, when actual approval for the use of the Eagle Square has been sought and paid for more than one week to the said declaration.

“The above development will in no way dampen our morale to go ahead with the declaration or chicken-out as it will only embolden us to legally pursue our fundamental right to freedom of movement and association.”

Meanwhile, men of the Nigeria police have reportedly sealed off Eagle Square.

The allegation was made in a statement signed by Ikenga Ugochinyere, spokesperson of Coalition of United Political parties (CUPP).

Ugochinyere had said, “The information reaching the secretariat of the CUPP is that the Buhari-led APC federal government working with the police have just sealed the venue of the tomorrow’s scheduled declaration of Rabiu Kwankwaso for president billed to hold at Eagle Square by 10am tomorrow.

“We are calling on the Nigerian media, international community and the general public to stand up against this latest culture of intimidation and impunity. The attempt to block the venue of the declaration billed to hold at Eagle square shall be resisted as the venue was fully paid and approved for the event.

“The constant attack on key opposition leaders and use of state force against opposition aspirants cannot stop us from serving Buhari his well-deserved electoral defeat come 2019.”